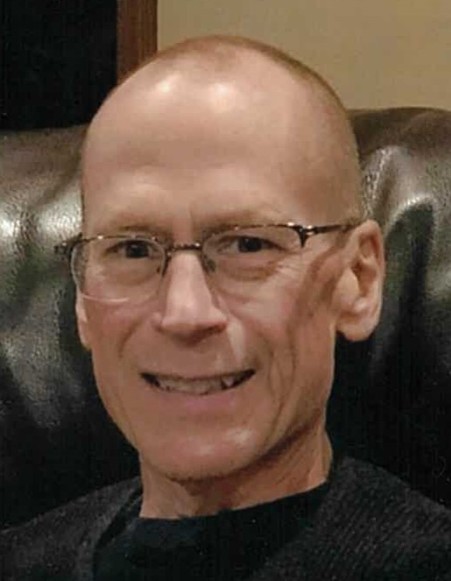 Alan F. Lumbrezer, devoted son, husband, father and friend, passed away in his home, Friday morning, March 22, 2019, surrounded by his loving family, following a courageous battle with pancreatic cancer.  Affectionately also known as Al, he was born January 19, 1962 in Toledo, Ohio to Melvin “Mel” and Mary (Loch) Lumbrezer.  Al was a 1980 graduate of Swanton High School and Penta Vocational Career Center.  On July 23, 1983, he married his beloved wife, Jane Collins.  Al worked as a service manager for Tireman, assistant manager at Tom’s Tire, and was owner and operator of Precision Cut Lawn Service.  He took great pride in his work and cherished his many lasting friendships with his customers along the way.

Al was baptized and received his holy sacraments from Immaculate Conception Church at Marygrove.  He was a member of St. Richard Catholic Parish in Swanton. Al was honored and privileged to have taken over the grave openings for deceased parishioners at Marygrove Cemetery from his father, Mel, using only a shovel.

Al was preceded in death by his father, Melvin Lumbrezer and sister, Roxanne Ramey.

Family and friends may visit Sunday, March 24th from 2 to 8 p.m. at the Weigel Funeral Home in Swanton, where a Vigil Service will be held at 7:30 p.m.  Prayers will begin in the funeral home at 10:20 a.m. on Monday, March 25th, followed by a Mass of Resurrection at 11:00 a.m. at Immaculate Conception Church, (Marygrove) on Raab Road, with Fr. Adam Hertzfeld presiding. Interment will follow at Marygrove Cemetery.

To order memorial trees or send flowers to the family in memory of Alan "Al" F. Lumbrezer, please visit our flower store.