Alice Mae Geiser, age 82, of Maumee, Ohio, passed away Monday morning, April 8, 2019 at  Blissfield Place Assisted Living in Blissfield, Michigan, under the care of Hospice of Lenawee.  She was born December 7, 1936 in Wauseon, Ohio to William James and Lona Ellen (Perry) Parker.  Alice graduated from Fulton Centralized in Ai. On October 16, 1954, she married Marvin Geiser.  Marvin preceded her in death on January 24, 2017.

Alice worked for Macy's Department Store and was a member of Maumee United Methodist Church.  Alice was known as having a green thumb.  She enjoyed flower gardening and tending to her house plants.

Besides her husband of 62 years, Marvin, Alice was preceded in death by her parents and brother, Perry Parker.

Visitation will be held Friday, April 12th from 4 to 8 p.m. at the Weigel Funeral Home in Swanton (419.826.2631).  Funeral services will be held Saturday, April 13th at 11:00 a.m. in the funeral home with Pastor Joanie Schilling officiating.  Interment will follow at Swanton Cemetery.

Memorial contributions may be made to Hospice of Lenawee or Maumee United Methodist Church.

To plant memorial trees or send flowers to the family in memory of Alice Geiser, please visit our flower store.

May Alice rest in peace with her mother, father, husband, and my sweet and loving husband Perry. She had a kind heart and soul. May her heavenly family reunion be what she expected. Love you Alice

A Sweet and Warm Remembrance Pedestal Arrangement was ordered on April 10, 2019

Linda, Robert, Sandra, Stephen, We are so sad to hear this news but rejoicing that Alice is with Jesus. We couldn't agree more with Julie...sweet, sweet Alice will be missed so very much and definitely never forgotten. We loved her so much. We loved talking with her about our mutual love of birds, houseplants, and flowers. We are so thankful that God chose to cross our paths with your family. With love, Matt and Laurie DuShane and Gage

To Alice's Family, You have my sympathy on her passing away. My wife was Ruth Snyder Griffin a Fulton Alumni too. She used to send Marvin and Alice Christmas cards. She passed away from Cancer July1,2015.

Oh my sweet Alice, you will be sadly missed, but never forgotten.
From your forever friends at Gaslight Village

Friends and Family uploaded 118 to the gallery. 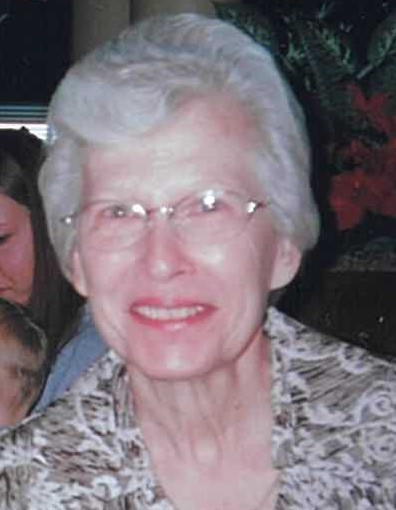