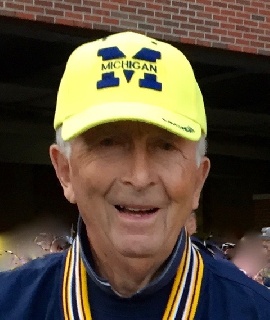 Alvin “Al” John Kreuz, age nearly 81, of Delta, Ohio, answered his heavenly calling on Friday evening, May 20th, 2016, surrounded by his loving family. He was born June 24, 1935 in rural Swanton, Ohio to Jacob and Melvina (Langenderfer) Kreuz. Al was the second youngest of 11 children, 3 brothers and 7 sisters. Imagine that household! Al attended Immaculate Conception (Raabs) grade school and was a proud 1953 Swanton High School graduate. Shortly after high school he enlisted in the U.S. Army serving from 1955-57. On August 22nd, 1959, Al and Charlotte Lou Gleckler (Delta) were married. This union was meant to be; it continued strong for 57 years.

Al’s career was interesting and eclectic. His family farming background set the groundwork for a long career, beginning with the Sohio Company, where he rose to a management position, followed by a business partnership with Toledo Radiator and Glass. A forty year career as owner/operator of Smith’s Restaurant of Wauseon began in 1972. His desire to serve the community compelled him to seek a political position, resulting in serving three terms as a County Commissioner. “Vote for the man, not the party” was his slogan that earned him the distinction in 1980 of being the first Democrat elected in Fulton County in 48 years! In addition he was an integral member of a group that founded the Wauseon Racquet Club. Al eventually retired to spend more time with family and friends (and on the links).

Al was a member and leader of multiple organizations, including the Knights of Columbus, Wauseon Rotary, Catholic War Vets and the Delta F & M Advisory Board.

As a life-long athlete and sports enthusiast, his talents on the softball field, bowling alley, and golf course earned him many awards and accolades. He was most proud of his nine (no, you didn’t misread this) holes-in-one. His skill never abated and for the last twelve years he continued to periodically shoot his age up until the end. As for bowling, his first and only perfect 300 game earned him a $10,000 purse (ironically sponsored by Smith’s Restaurant!) His love of athletics and teaching prompted him to volunteer as a coach with the CYO and St. Mary’s (now Holy Trinity) basketball programs for 27 years. Additionally he coached little league and later assisted the Evergreen HS golf team.

It would be remiss to omit his extreme allegiance and devotion to the University of Michigan Wolverines, having been a season ticket holder for 44 years (the first in 1969 when Bo’s team beat Woody’s team) Much of the thrill involved sharing the experience with family and friends in the “Big House”. Tinkering in his workshop evolved into an amazing talent in woodworking. Many of his family and friends continue to enjoy his labors of love. His generosity extended in a number of areas, especially the Fulton County 4-H program and St. Mary’s/Holy Trinity Parish in Assumption.

Al’s children and grandchildren were the apple of his eye. He was a constant presence at all of their athletic and extracurricular activities, willing to travel any distance to cheer them on.

Memorial contributions may be made to Holy Trinity Church School Building Fund, 2649 US 20, Swanton, OH 43558.

Visitation: Sunday, May 22nd from 2 to 8 pm and Monday, May 23rd from 4 to 8 pm at the Weigel Funeral Home in Swanton

Mass of Resurrection: Tuesday, May 23rd at 11:00 am at Holy Trinity Catholic Church in Assumption

To order memorial trees or send flowers to the family in memory of Alvin "Al" John Kreuz, please visit our flower store.