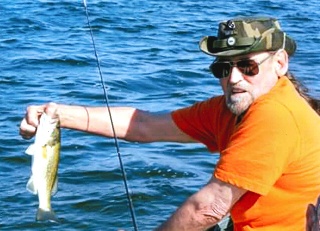 Arnold "John" Rinkel, age 69, of Swanton, Ohio, passed away unexpectedly in his home of natural causes, Tuesday, June 21, 2016. John was born November 3, 1946 to Arnold M. "Biddy" and Genevieve "Jerrie" Rinkel. He served in the United States Army for 2 years in Vietnam during the war.

He held various construction jobs before and after his service. He also rode for the Patriot Guards and belonged to the Swanton American Legion Post #479 and was a life member of Swanton VFW Memorial Post #8598. He was a 3 year volunteer on the Swanton Rescue Unit along with his mother and his brother. His hobbies included bowling (which he bowled a 300 game), boating, computers, horse and drag racing, air shows, and loved fishing with his brothers, Stewart and Phillip.

John was preceded in death by his parents.

We lost our best friend. He was a good brother. We loved him through the good times, sad times, good health and bad health. We thank God every day we were able to spend time with him.

To order memorial trees or send flowers to the family in memory of Arnold "John" Rinkel, please visit our flower store.