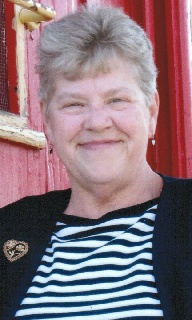 Audrey (Oberacker) Martin-Halliwill, age 67, of Lyons, Ohio, passed away peacefully in her home surrounded by her family, Thursday afternoon, July 20, 2017. She was born August 5, 1949 in Erie, Pennsylvania to Murray and Jean Oberacker. She graduated in 1967 from Tech High School in Erie, Pennsylvania.

Audrey worked in the medical field for over 40 years and retired as an office manager from the Blissfield Medical Center.

She was preceded in death by her parents; first husband, Gerald Martin; her son, Brent Martin; father and mother-in-law, LeRoy and Marjorie Halliwill and brother-in-law, Richard Halliwill.

The family would like to thank Meghan, Kathy, Karen and Heather for their wonderful care.

Services for Audrey will be private. Arrangements entrusted to Weigel Funeral Home in Metamora, Ohio (419.644.3601).

To order memorial trees or send flowers to the family in memory of Audrey Martin-Halliwill, please visit our flower store.