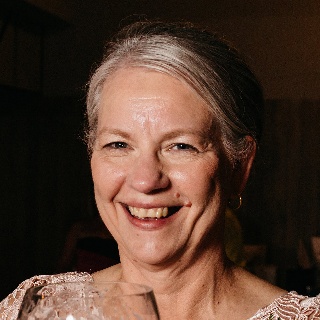 Barbara Lynn Cooper, loving and devoted mother and sister, age 63, of Swanton, Ohio, entered into eternal rest, Monday morning, January 23, 2017, at Ebeid Hospice in Sylvania, with her family at her bedside.

Barb was born August 25, 1953 in Toledo, Ohio to Harold and Lois (Pohlman) Yunker. She was a 1971 graduate of Swanton High School and earned her associates degree as a Medical Technician from The University of Toledo. Barb worked as a secretary for the infant monitor program at The Toledo Hospital for over 30 years.

Barb was a member of Faith Evangelical Lutheran Church in Swanton, where she has attended since childhood. She served many roles in the church, including singing in the church choir, playing in the bell choir and serving on the altar guild. In her spare time, Barb loved reading, bird watching, and attending family sporting events.

Barb was preceded in death by her parents; nephews, Kurt and Derek; brother-in-law, David Schlade; and sisters-in-law, Sheryl Yunker and Jeri Yunker.

Family and friends may visit Thursday, January 26th from 4 to 8 p.m. at the Weigel Funeral Home in Swanton (419.826.2631). Funeral Services will be held Friday, January 27th at 11:00 a.m. at Faith Lutheran Church, 200 Dodge St. in Swanton, with Pastor Ed Strietelmeier officiating.

In lieu of flowers, memorial contributions may be made to Faith Lutheran Church - Building Fund or to a charity of the donor's choice.

Visitation: Thursday, January 26th from 4 to 8 pm at the Weigel Funeral Home in Swanton

Funeral Service: Friday, January 27th at 11:00 am at Faith Lutheran Church in Swanton

To order memorial trees or send flowers to the family in memory of Barbara Lynn Cooper, please visit our flower store.