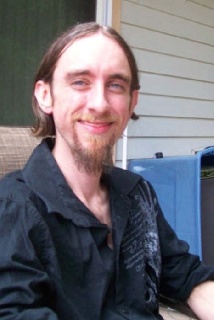 Barry William Johnson, age 34, of Swanton, Ohio, passed away unexpectedly on Friday, February 5, 2016 at the Toledo Hospital. Barry was born in Toledo on April 12, 1981, the son of Billie and Peggy (Thurman) Johnson, of Swanton, and they survive. He loved repairing and working on computers and various electronics. He enjoyed playing video games with his dad and brother and hanging out with friends and family. He was a huge Boston Bruins fan and an avid concert–goer.

Barry is survived by his loving parents; brother, Jeremy (Jackie) Johnson of Toledo and nephew, Zander. He is also survived by paternal grandparents, William and Phylis (Mastin) Johnson, and many other family members and friends. He was preceded in death by his great-grandmother, Mabel Johnson; uncle, Claude Thurman; and grandmother, Ruby Thurman.

Friends will be received from 1:30 P.M. until 4:00 P.M. on Saturday, February 13, 2016 at the Assembly of God Church in Delta, where a Celebration of Barry’s Life will immediately follow at 4:00 P.M., with Pastor Randy Trowbridge officiating. Grisier-Weigel Funeral Home in Delta has been entrusted with arrangements.

Memorial Service: Saturday, February 13th at 4:00 pm in the Church

To order memorial trees or send flowers to the family in memory of Barry William Johnson, please visit our flower store.