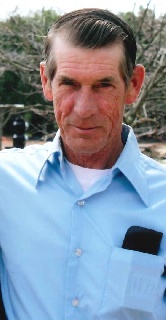 Boyce Cross, age 65, of Liberty Center, Ohio, passed away peacefully, Monday morning, March 6, 2017 in his home, surrounded by his loving family. He was born on March 18, 1951 in Robbins, Tennessee to Odel and Goldie (Cotton) Cross. On April 11, 1970, he married Patricia Cammarn.

Boyce worked for Chrysler Toledo Machining in Perrysburg for 31 years retiring in September of 2001. In 1999 he started up Swancreek Landscaping with his sons, Rick and David. Boyce will be remembered as a hard working man and a jack of all trades. When he wasn't working, he loved to hunt and fish.

Boyce was preceded in death by his parents; brothers, OD, Carl, and Gene; sisters, Wanda; as well as an infant sister; and his father and mother-in-law, Bernard and Dorothy Cammarn.

Family and friends may visit Wednesday, March 8th from 2 to 8 p.m. at the Weigel Funeral Home, 204 Chestnut St. in Swanton (419.826.2631). Funeral services will be held Thursday, March 9th at 11:00 a.m. in the funeral home, with Rev. Donna Stutzman officiating. Interment will follow at Mt. Pleasant Cemetery.

Memorial contributions may be made to Henry County Hospice, 1843 Oakwood Avenue, Napoleon, OH 43545.

Visitation: Wednesday, March 8th from 2 to 8 pm at the Weigel Funeral Home in Swanton

Funeral Service: Thursday, March 9th at 11:00 am in the Funeral Home

To order memorial trees or send flowers to the family in memory of Boyce Cross, please visit our flower store.