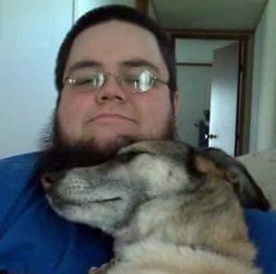 Bradford Carl Seymour, of Swanton, Ohio, passed away on his 37th birthday, Friday morning, February 19, 2016, at The Cleveland Clinic. Brad was born February 19, 1979 in Toledo, Ohio, and was a 1997 graduate of Rogers High School.

Brad worked as a gas station attendant at the Kroger store in Swanton. He was known as a gentle giant who lit up the room. He was the best uncle to his nieces and nephews treating them like they were his own kids. He loved watching wrestling and the Chicago Bears, was an avid drawer, and enjoyed playing video games.

Brad was preceded in death by his grandparents, Richard and Anna Rank, who adored him from the day he was born, and his uncle, Scott Thie.

Interment will be private.

Visitation: Wednesday, February 24th from 4 to 8 pm at the Weigel Funeral Home in Swanton

To order memorial trees or send flowers to the family in memory of Bradford Carl Seymour, please visit our flower store.