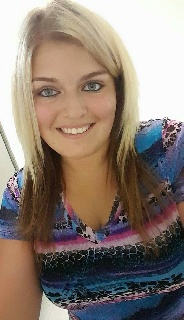 “The Princess”, as Brandee was lovingly called, was born October 13th, 1994, to Cindy and David Jarrell. Brandee would light up a room with her beautiful blue eyes and her goofy, fun loving personality. To know her was to love her. Her giggles could be heard as she would pull a silly prank on someone. Brandee’s favorite thing to do was to hang out with her Mom. They loved to shop, cook and try new recipes together. Brandee was an expert on taking “selfies” which included family and friends making wonderful and fun memories. Brandee and Matt were so excited about Baby Xavier and were busy making preparations for his arrival in December.

She graduated from Swanton High School and Penta County in 2013 where she made numerous lifetime friends. She had a passion to help and care for others and has always worked in a position that allowed her to do just that. She positively impacted the many people that she came into contact with, with her wonderful smile and her friendly personality. She had taken a break from school but had plans to finish her education and become a nurse anesthetist. She will be greatly missed.

Visitation: Monday, September 18th from 2 to 7 pm at the Weigel Funeral Home in Swanton

To order memorial trees or send flowers to the family in memory of Brandee Lee Jarrell, please visit our flower store.