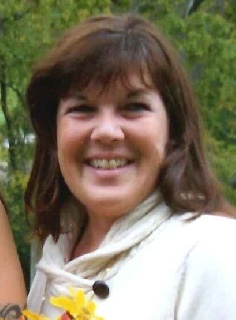 Brenda Lynne (Rathbun) Pawlinski, age 54, passed away peacefully with her family at her bedside, Wednesday evening, February 15, 2017, following a courageous six month battle with cancer. She was born January 13, 1963 in Toledo, Ohio to Elwood E. and Betty M. (Rupp) Rathbun. Brenda was a 1981 graduate of Swanton High School and married Douglas Pawlinski on December 31, 1982. He preceded her in death in 2000.

Brenda worked as an administrative assistant with Marshall Kloene Orthopedics in Maumee. She was a member of Swanton American Legion Post 479 Ladies Auxiliary and attended The Swanton Alliance Church. She loved fishing, making crafts and camping. Most of all, she loved spending time with her family; especially her grandchildren.

Besides her husband, Douglas, Brenda was preceded in death by her father, Elwood.

Family and friends may visit Sunday, February 19th from 3 to 8 p.m. at the Weigel Funeral Home in Swanton (419.826.2631). Funeral services will be held Monday, February 20th at 11:00 a.m. in the funeral home with Pastor Curt Bowman officiating. Burial will be private.

Memorial Contributions may be made to The Swanton Alliance Church or to a charity of the donor's choice.

Visitation: Sunday, February 19th from 3 to 8 pm at the Weigel Funeral Home in Swanton

Funeral Service: Monday, February 20th at 11:00 am in the Funeral Home

To order memorial trees or send flowers to the family in memory of Brenda Lynne Pawlinski, please visit our flower store.