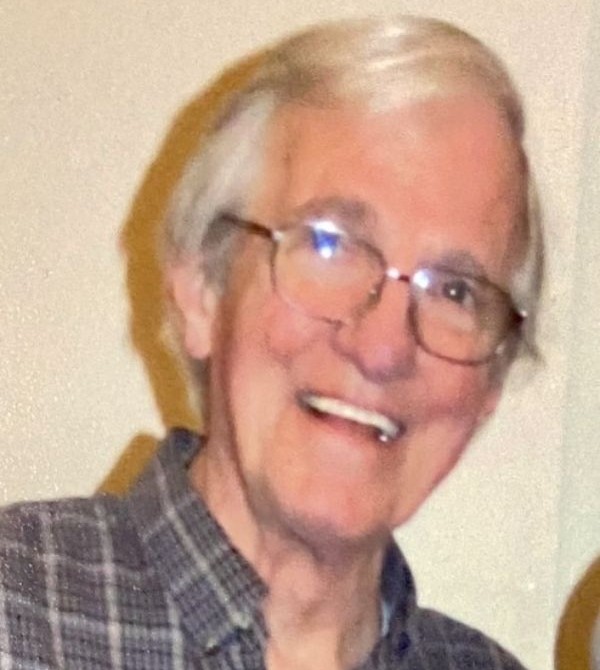 Carl Daniel Cook of Lyons, Ohio, passed into the arms of his Lord and Savior, Jesus Christ. on Tuesday, November 30, 2021 at Flower Hospital after a brief illness.
"Dan" was born July 3, 1949 to Carl A. and June (Colvin) Cook in Wheeling, WV. His dad later remarried Florence Shaw and she became his mom. He graduated Marietta High School in Ohio in 1967 and joined the Navy that summer. In 1969 he asked the Lord for a girlfriend and he met his soulmate and the love of his life, Tamson J. "Timmie" Burris that very night. Six months later they were married in Wilmington, Ohio. During the next seven years they were blessed with three children, Paul, Adam and Maya. During his working years he was a radio announcer, mobile home skirter, then office management and bookkeeper. He finished up his working years at Meijer in Maumee, retiring in 2003. Dan studied to be a Deacon at Pilgrim Congregational Church and a Priest in St. Brendan the Navigator Anglican Church in Toledo in 2006. After his parents passed he inherited the family homestead in Lyons, Ohio in 2010. Dan and Timmie and their daughter, Maya and her twins moved there to start the next chapter of their lives. Dan enjoyed mowing his four acres, planning and planting his vegetable and herb gardens, puttering around in the barn and taking the grandkids for rides in the wagon behind the lawn mower. Dan was an avid reader, reading books cover to cover. He always was learning new things. Dan enjoyed being "Straw boss" while the grandkids worked trimming and helping him in the yard. He also taught the grandsons how to shoot targets. Dan and Timmie are members of Delta Assembly of God. Dan enjoyed leading home group and teaching. He also served as Deacon. Dan and Timmie's song is "Happy Together" by The Turtles. Those that went before him are his parents, Carl and Florence Cook, his in-laws, Charles and Betty Burris, his grandparents, an aunt, uncles and sister-in-law, Jenee Allen. His family left to mourn his passing are his loving wife of 52 years, Timmie, their son Paul (Jodi) and son, Adam (Danielle) and daughter, Maya Denton. Also, grandchildren, Danielle Cook (Josiah Gerenscer) and Andrea Cook, Addison, Asher, Alyzabeth and Aryel Cook and Noelle, Susan, Lilly, Will Ringler, Spenser and McKenzie Denton. He is also survived by his brother, Jeff (Hope) Cook and their daughter, Jenny and her family, nieces, Jessica Barrett and Kelly Lampke, brother-in-law, Kenny Allen, ex daughter-in-law Amy Cook and ex son-in-law, Dan Denton. Also aunts, uncles, and so many cousins that he loved. He is also survived by longtime family friend and "sister", Mary Pierce and family and numerous friends in Toledo, Lima and Fulton County and his loving church family. He will also be so very missed by his canine companion, Ruby, who loves her "daddy" so much and his granddog, Princess.
Private interment will be in the Winameg Cemetery. Visitation will be held from 11:00 A.M. until 1:00 P.M. on Monday, December 6, 2021 at the Delta Assembly of God Church, 405 W. Main St., Delta, Ohio. A luncheon will follow. In lieu of flowers please donate to the family or Heritage Farm Animal Rescue in Liberty Center. Online condolences may be offered to the family at www.grisierfh. Grisier-Weigel Funeral Home in Delta has been entrusted with arrangements.
Happy 52nd Anniversary Danny D. from your Timmie T. I love you forever and ever, as much, as much.

To order memorial trees or send flowers to the family in memory of Carl D. Cook, please visit our flower store.