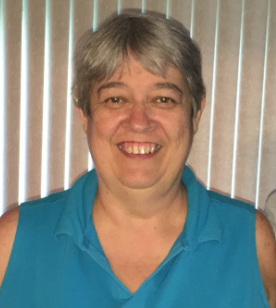 Carol met Bob Schaefer at Sunshine Children’s Home, Maumee, OH, while he was doing Volunteer Service (VS) and she was employed there. The two married on December 1, 1973, and have a daughter, Michelle, and a son, Timothy. Following a few years in Ohio, Carol and Bob relocated to Phoenix, AZ. Carol worked part time for Sunshine Sales, and Glencroft Senior Communities, retiring in 2016.

Bob and Carol looked forward to spending summers in Ohio to be close to Carol’s family. Carol enjoyed reading, bowling and crafting, but her greatest joy was being a wife and mother.

Joint visitation and funeral services for Carol and Bob will be held Friday, September 24th from 4 to 6 p.m. at the Weigel Funeral Home in Swanton, where the funeral will begin at 6:00 p.m., with Pastor Oscar Velazquez officiating.

Chapel of the Chimes will assist the family with graveside services at Resthaven Park Cemetery in Glendale, Arizona.

Memorial contributions may be made to Goldensun https://goldensunonline.org/donate or via check to Goldensun, 4444 WestVista, Glendale, AZ 8530, or Sunshine Communities https://www.sunshine.org/ or via check to Sunshine, 7223 Maumee Western Road, Maumee, OH 43537-9656.

To order memorial trees or send flowers to the family in memory of Carol (Quay) Schaefer, please visit our flower store.