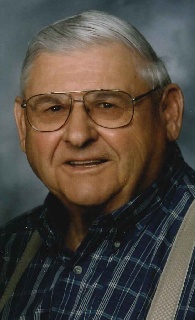 Chet enlisted in the U.S. Army-Air Corps serving as an Airplane Maintenance Mechanic with the 318th Fighter Group and the 19th Squadron from July 23, 1942 to December 5, 1945. After the service he came home to return to farming. In addition to farming, in 1962, he started the Sadowski's Egg business which was in operation for 25 years.

In addition to his beloved wife of 67 years, Dorothy, and their three children, Chet is survived by his grandchildren, Adam (Bridgett) Sadowski, Eric (Emily) Sadowski, Cory Dodge and Sonya Dodge; and great-grandchildren, Nathan, Lauren and Wyatt.

The family would like to thank Heartland Hospice and Swanton Health Care for their wonderful care Chet received. We truly appreciate everything you have done.

Family and friends may visit Friday, March 17th from 4 to 7 pm at the Weigel Funeral Home in Swanton (419.826.2631). Funeral services will be held Saturday, March 18th at 11:00 a.m. at Trinity United Methodist Church with Pastor J.T. Bean officiating. Interment, with Military Rites, will follow at East Swanton Cemetery.

Visitation: Friday, March 17th from 4 to 7 pm at the Weigel Funeral Home in Swanton

To order memorial trees or send flowers to the family in memory of Chester "Chet" Sadowski, please visit our flower store.