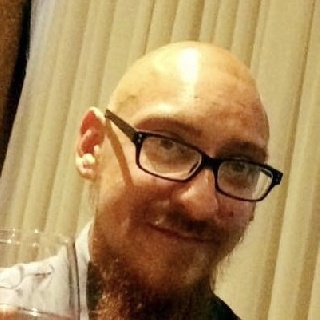 Christopher Alan Root, age 26, of Swanton, Ohio, passed away with his family at his side, Tuesday afternoon, June 27, 2017, at St. Luke's Hospital Emergency Room. Christopher was born May 2, 1991 in Sylvania, Ohio to his loving and devoted parents, William and Gina (Sharp) Root. At the age of 12, Christopher was diagnosed with Lupus. He fought many uphill battles with complications due to his illness. He graduated from Swanton High School, where he played percussions in the Swanton Bulldog Band.

Christopher was a very determined individual who lived life to the fullest. Christopher worked at Marco's Pizza in Swanton managed by his brother, Justin. When he wasn't working, he loved riding his Harley Davidson motorcycle, gaming with his friends, spending time with his dog, Harley or simply sitting around the fire with family and friends.

Christopher was preceded in death by his maternal grandfather, Richard Sharp and paternal grandmother, Sandy Brunning.

Visitation will be held Friday, June 30th from 4 to 8 p.m. at the Weigel Funeral Home in Swanton (419.826.2631). Services celebrating Christopher's life will be held Saturday, July 1st at 11:00 a.m. in the funeral home with Rev. Donna Stutzman officiating.

Make-A-Wish granted he and his family a cruise. In lieu of flowers, memorial contributions may be made to Make-A-Wish Foundation, 1745 Indian Wood Circle, Ste 130, Maumee, OH 43537, so other children may be granted the same opportunity Christopher had.

Visitation: Friday, June 30th from 4 to 8 pm at the Weigel Funeral Home in Swanton

Funeral Service: Saturday, July 1st at 11:00 am in the Funeral Home

To order memorial trees or send flowers to the family in memory of Christopher Alan Root, please visit our flower store.