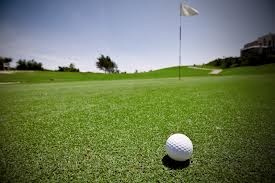 Chrys R. Sharples, age 71, of Tarpon Springs, Florida, formerly of Swanton, Ohio, died Thursday, January 25, 2018 in his home following a 2 year battle with cancer.  He was born January 24, 1947 to Ross and Veryl Sharples, and was a 1965 graduate of Swanton High School. He married Linda Pilliod.

Chrys completed his Tool and Die apprenticeship at Doehler-Jarvis and then worked at the Ford Maumee Stamping until his retirement.  Chrys was an excellent bowler, competing in the Major House League in Swanton. He was an avid golfer, scoring 4 hole-in-ones, and was well-known for hitting 150 yard wedge shots! He was also a  "hot rod" buff, owning several Corvettes throughout the years.

Chrys will be remembered as always being the life of the party and the last to leave!  He will be greatly missed by his loving wife of 45 years, Linda; daughter, Annette (Jeff) Szydlowski; grandchildren, Jordan and Jarod Szydlowski; and siblings, Jim (Judy) Sharples and Gary Sharples.

Chrys was preceded in death by his parents, Ross and Veryl Sharples and brother, Jeff (Linda) Sharples.

Services will be private, with a Celebration of Life being held at a later date.

In lieu of flowers, the family suggests a donation to a charity of your choice.

To order memorial trees or send flowers to the family in memory of Chrys R. Sharples, please visit our flower store.