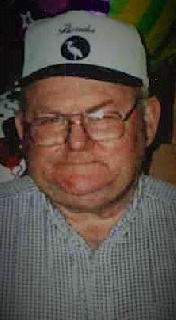 Clarence Stark, age 79, of Bryan, Ohio, and formerly of Swanton, Ohio, passed away Wednesday morning, June 15, 2016 at Defiance Inpatient Hospice, surrounded by his family. He was born May 18, 1937 in West Unity, Ohio to the late Omar and Gladys (Baker) Stark.

Clarence was a graduate of Bryan High School and worked as a sign fabricator for Gardner Sign Company. He also owned the Haven Lounge in Swanton for 25 years. Clarence was a member of the Delta Eagles and loved playing cards.

Clarence was preceded in death by his parents; stepfather, Robert Samuel Miller and son, Terry Stark.

Family and friends may visit Saturday, June 18th from 10:00 am to 11:00 am at the Weigel Funeral Home, 204 Chestnut St. in Swanton (419.826.2631), where services celebrating his life will begin at 11:00 am with Pastor Eric Moquin officiating. Interment will follow at East Swanton Cemetery.

Memorial contributions may be made to the Williams County Humane Society or to a charity of the donor’s choice.

Funeral Service: Saturday, June 18th at 11:00 am in the Funeral Home

To order memorial trees or send flowers to the family in memory of Clarence Stark, please visit our flower store.