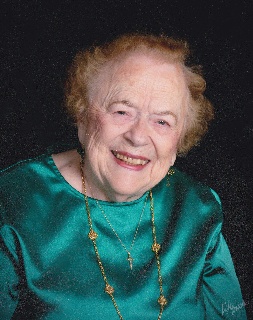 Clarise May Burkard, age 87, of Swanton, Ohio, passed away peacefully in her home early Tuesday morning, December 19, 2017, surrounded by her loving family. She was born July 1, 1930 in Akron, Ohio to the late Anna (Walsh) and Richard Smith. Clarise married Thomas A. Burkard on June 9, 1956 at St. Clement's Catholic Church in Toledo, Ohio. He preceded her in death on December 28, 2013.

Clarise worked as a secretary for Stautzenberger College, where she retired ain 1988. A devout Catholic, Clarise was a member of St. Richard Catholic Parish in Swanton and its Altar-Rosary Society. She was a member of Ladies Ancient Order of Hibernians, Swanton American Legion Ladies Auxiliary and the Swanton Senior Center. She loved playing card games, especially Bunko and Pinochle. Clarise will be remembered for her gracious and welcoming smile and her wonderful sense of humor.

Besides her husband of 57 years, Thomas, Clarise was preceded in death by her parents; infant son, John Burkard; brothers, Richard and Daniel Smith; half-sister and brother-in-law, Betty and Harry Church and sister-in-law, Velma Smith.

Family and friends may visit Saturday, December 23rd from 10:00 a.m. to 11:00 a.m. at St. Richard’s Catholic Church, where a Mass of Resurrection will begin at 11:00 a.m. with Fr. Adam Hertzfeld presiding and Fr. Michael Dandurand concelebrating. Interment will follow at St. Richard’s Cemetery.

In lieu of flowers, memorial contributions may be directed to the family to be distributed to charities of their choosing.

Visitation: Saturday, December 23rd from 10 to 11 am at St. Richard Catholic Church in Swanton

Mass of Resurrection: Saturday, December 23rd at 11:00 am in the Church

To order memorial trees or send flowers to the family in memory of Clarise May Burkard, please visit our flower store.