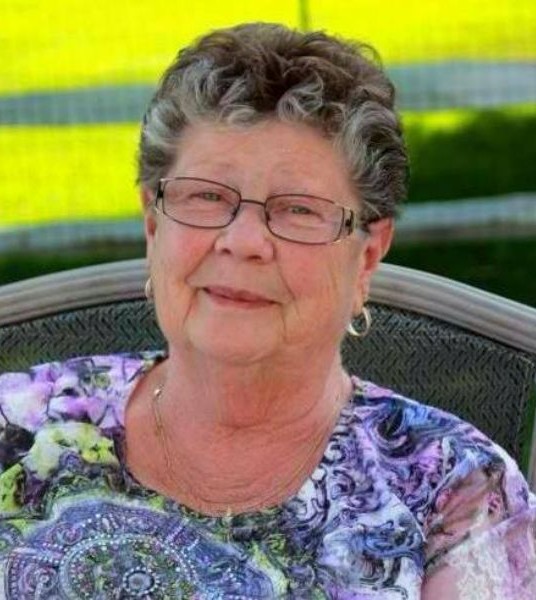 Cora May Gergich, 84, passed away peacefully surrounded by her family on Saturday July 16, 2022 in Toledo, Ohio. Cora was born on September 1, 1937 and was the only child of Arthur and Irene Gisin (Crane) in Perth Amboy, New Jersey. She was a graduate of Woodbridge High School, class of 1954 and the Wood Business School in New York, class of 1955.

In 1955, Cora met Thomas H. Gergich through mutual friends. They married on March 2, 1957 in Linden New Jersey at St. Theresa’s R.C. Church. Tom and Cora went on to have four children: Thomas, William, Cheryl and Robert. They moved to Swanton, Ohio in 1964 where they spent the next 28 years and were active members of the Swanton community. Cora was the secretary to the Superintendent at Swanton Local Schools for many years. While working full time and raising her family, she decided in her 40’s to go to nursing school. In 1986, she graduated from Owens Community College as a registered nurse. She was most proud that she graduated with the highest GPA of any of her children and did not let them forget it.

In 1992, Tom and Cora built their dream retirement home in Maumee, Ohio. Many memories were made here with their children and grandchildren. Cora worked as an oncology nurse for the vast majority of her career and retired in April of 2017 after 31 years. In her free time, she was very active in her community, volunteering at Our Lady of Lourdes Soup Kitchen and in her professional life as the treasurer of The Oncology Nursing Society (ONS). She also loved singing in the church choir at St. Joan of Arc.

She was a devoted mother and grandmother. Cora (Mimi) spent her time attending various sporting events, concerts, plays, musicals and pretty much anything else her grandchildren were involved in. She never missed the opportunity to show her love and support for her family. This is what made Cora so special.

She was greeted in heaven by her parents Arthur and Irene Gisin, her beloved husband of 51 years Thomas Gergich and grandsons Derek Gergich and William Gergich Jr.

In lieu of flowers, the family is requesting that if you would like to make a donation in her memory please consider The Toledo Humane Society, The Victory Center or a Hospice of your choice.

To order memorial trees or send flowers to the family in memory of Cora May Gergich, please visit our flower store.