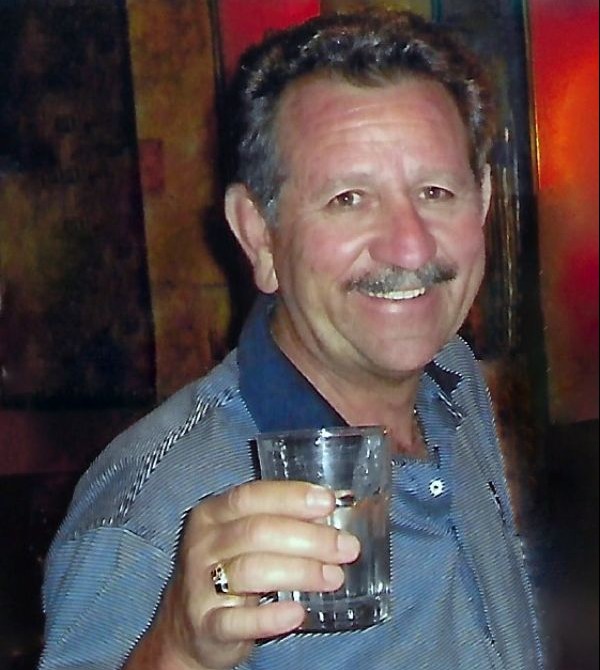 Mr. Daniel Edward Grabarczyk (72), unexpectantly passed on October 28, 2021. It is with complete and utter sadness that we announce his passing. He will hold a special place in the hearts of all he touched throughout his life. He had deep faith in God, and always said “His last breath here, will be his first breathe in Heaven.” Dan, Danny, Danny-G, Mr. Grabarczyk, brother Danny, Uncle Danny, Dad, Grandpa, Brown Grandpa, Grandpa Danny—whatever name used, everyone loved him…well maybe NOT the CO-OP that he fired who worked for him—but that is another story!

Our Father was one of ten children born on December 22, 1948, to Sophie F. (Pawlaczyk) and Michael J. Grabarczyk. Preceded in death by both parents, infant sibling, brothers Floyd, Jim, and Larry, sister Florence, niece Shirley, and nephew Fritz. Left to survive are his sisters Barbara Good, Pat (Ron) Sugg, and Rose (Bill) Palicki, and brother David (Mary) Grabarczyk, along with countless nieces and nephews.

Our father’s early years are where his fundamental beliefs of hard work and love of family began to grow. He was the youngest son and found most weeknights working for local farmers in fields picking melons and tomatoes or spending his Saturdays with his maternal JaJa selling produce at the Toledo Farmer’s Market. Our Dad always said, “An equal day’s work, for an equal day pay,” so it was common to find him helping local farmers in fields or saddle breaking horses to earn an income. However, Sundays were meant for family visits to Busha and JaJa’s house. All brothers, sisters, Aunts and Uncles always attended. This belief continued through his adult life and “there BETTER be a good reason not to visit on the Sabbath.” Our Dad’s love of family reigned supreme, and he would do anything for any of them—or us!

He married his high school sweetheart Anne Marie Miller, in his young adult years and had Sara, Jenifer, and Re’nee. On weeknights, it was quite common to find Danny working hard helping family with their construction projects or in their fields. Weekends often consisted of traveling to various Rodeo events. He participated in Bull and Saddle Bronc riding and Calf Roping contests, where he earned various awards, ribbons, trophies, and belt buckles. He even went to Farrier school in Oklahoma and became the local horseshoer in town.
He was first a carpenter building homes, then introduced to Rudolph Libbe, Inc by his brother Floyd. When our dad began his 46-year construction career at Rudolph Libbe, Inc (August 1970 - December 2016), he started as a carpenter and ended as a Lead Project Superintendent. You may know some of his noteworthy projects: ALCOA, NorthStar Steel, Pro-Tec, Levis Commons, Norplas, FedEX Ground, Walgreens Dist., Camping World, Jeep, Mobis, Kuka, Fiat-Chrysler, Mazda, First Solar, Dana, O-I, and Microsoft—Just to name a few! He was one of the first to build a Tilt-UP Concrete building and to use GPS enabled equipment. He spent multiple years going to World of Concrete expo in Vegas. He made a ton of friends in construction, and if he gave you a nickname, he cared for you! One of his closest friends he admired was Mr. Fritz Rudolph Sr.

While working at Rudolph Libbe, Inc he met his second wife Joyce Madlinski and her son, Tom. They had his fourth daughter Spring. Dad worked hard, played equally as hard and spent time traveling with friends and family. He was a walking encyclopedia of roads because of his extensive travel throughout the US, and that is when he found another love of his life…Golf!

Once retired, he traded his hardhat in for neon shirts and cut-off jeans. He enjoyed more golf and played in the annual Grabarczyk Golf Outing—often trying to bring the trophy home! Friends and family members (grand kids, daughters, nieces, nephews, and siblings) were often his golf partners. Our Dad enjoyed “windshield farming” with his brothers Floyd, Jim, and brother-in-law Scott, and if you stopped by unexpected, he may be out at the pond feeding his pet fish, George. He was able to spend more time with his family—often stopping by for a quick “toddy/adult beverage.” He travelled annually to Florida and was able to see his grandkids play sports, celebrate birthday dinners, and introduced them to shooting guns, hunting, fishing in his pond, and golf. He could take anyone on drives around multiple cities and states and tell you everything about each building he built. If you drive up or down I-75/475/23 and see a business, be sure to know that our dad likely built that building!

If you asked him, the best memories are of his entire family celebrating holidays together! Seated Christmas circles for present openings-Thanksgiving dinners (with adult and kid tables)-even tent camping for firework celebrations. Dad’s heart filled with love for his family, his girls, and his grand kids! As one of his grandsons said, “Grandpa was a one-of-a-kind person. The nicest, most masculine person you could meet with the biggest and warmest smile! He had a knack to talk with anyone (“gift of gab”) and could make people always laugh at his stories.” His grandpa was “more than a grandpa, and one of his best friends!”

Our Dad had endless one-liner jokes and we learned so much from him. “Right is right, and wrong is wrong” “Hard work is good for the soul” “Nothing in life is free” “The simple things in life are what count (family and love)”.

We will miss him! We will cherish our father’s memory. Sara Lockett with Lindsy, great-grandson Kaine, and Robert; Jenifer Brown (Scott) with Jesse and Joey; Re’nee Grabarczyk-Schafer (Michael Williams) Tabitha and Derek; Spring Eakin (Dave) Bailey, Destiny, and Tristian. The family had a private Memorial Service but are having a Celebration of Life at The Toledo Club on January 15, 2022. Please RSVP to CelebrateDannyG@hotmail.com for attendance.

To order memorial trees or send flowers to the family in memory of Daniel Edward Grabarczyk, please visit our flower store.