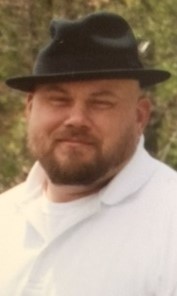 Daniel "Dan" Steven Holt, age 37, of Maumee, Ohio, passed away suddenly in a car accident, Monday afternoon, August 8, 2016. He was born on June 7, 1979 in Sylvania, Ohio to William Holt and Rebecca (Haas) Lumbrezer.

Dan was a 1997 graduate of Evergreen High School. He was employed by FedEx as a truck driver for the past 12 years and prior to that worked at Drysol in Lyons, Ohio. Dan loved golfing, bowling, fishing, camping, and just being in the outdoors. He was a member of the NRA and Izaak Walton League-Delta Chapter, where he loved to go target shooting.

In lieu of flowers, memorial contributions may be made to Hospice of Northwest Ohio or the donor's choice.

Visitation: Friday, August 12th from 2 to 7 pm at the Weigel Funeral Home in Swanton

To order memorial trees or send flowers to the family in memory of Daniel "Dan" Steven Holt, please visit our flower store.