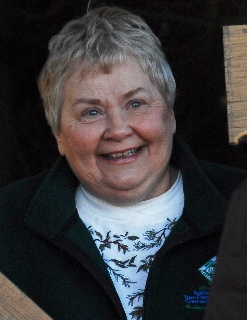 Danuta “Donna” Teresa Lange age 77, of Swanton, Ohio, entered eternal life Saturday morning, December 30, 2017 at home surrounded by her family. She was born on September 3, 1940 in Reyszewo, Poland to Louis and Angela (Janowski) Posadny. Donna, her three sisters – Lucretia, Trudy, and Mary along with their father emigrated to the United States in December 1946 settling in a polish neighborhood in Toledo. Her mother and two brothers - John and Louis followed them one year later.

She graduated from Libbey High School in 1958 where she distinguished herself as one of the top students in business education and was in the top 10 in the “Class of 58”. Following high school, she worked at Owens Illinois (OI) in the Glass container – beverage division as an executive secretary. She met her future husband at the Toledo Heights Library in March of 1958 and they married on August 12, 1961. She retired from OI in 1967 to become a stay at home mom. She was a source of love, guidance, and inspiration for her daughters – Denise and Lisa as well as her grandchildren. She was an extraordinary cook. She enjoyed making multigrain bread from scratch and cooking for large family gatherings at the Lange Tree Farm. She loved helping in the Culinary Department at the Fulton County Fair as well as working with the Junior Fair Board. She was an advisor for many years for the Swanton Handy Helpers 4-H Club and served on the Fulton County Health Board from 1999-2005.

Donna was a loving wife and wonderful partner in her marriage to Walt. She provided management and executive editorial and computer skills in his career as a mathematics professor at the University of Toledo and as an author of Business and Consumer Mathematics textbooks. She was a pioneer in the use of home computers having purchased her first computer in 1982 that had 64K of memory that was considered adequate at the time.

In the early 1990’s Donna and Walt established the Lange Tree Farm and became members of the Ohio Tree Farm Committee. Donna served as secretary and organized the Tree Farm Silent Auction for many years. A friend said “Her dedication to the minutes and on line use really set the stage for good communication both within and outside the committee”. The Lange’s received a “Life Time Achievement” award from the committee in 2015.

She enjoyed numerous family motor home tours from Swanton to Florida, Maine, Las Vegas, the Grand Canyon, San Francisco, Napa Valley, and Alaska. She also visited, Poland - her homeland, as well as Germany and Greece. The past six years she enjoyed family vacations to a beach house in Myrtle Beach. Playing card games and board games with the grandchildren was very gratifying.

Donna was preceded in death by her parents, sisters Lucretia (Don) Protsman and Trudy (William) Kuhlman.

She is lovingly survived by her husband Walt and children Denise (Dennis) Heban and Lisa (Tom) Higginbotham and her grandchildren Catherine and Nicholas Heban, and Nathan, Elyssa and Kyle Higginbotham. Sister Mary (Richard) Marker and brothers, John (Teresa) Posadny and Louis (Betty) Posadny.

Memorial contributions may be made to Promedica Hospice or St. Richard Memorial Tree Project.

Visitation: Friday, January 5th from 3 to 8 pm at the Weigel Funeral Home in Swanton

Mass of Resurrection: Saturday, January 6th at 11:00 am at St. Richard Catholic Church

To order memorial trees or send flowers to the family in memory of Danuta "Donna" Teresa Lange, please visit our flower store.