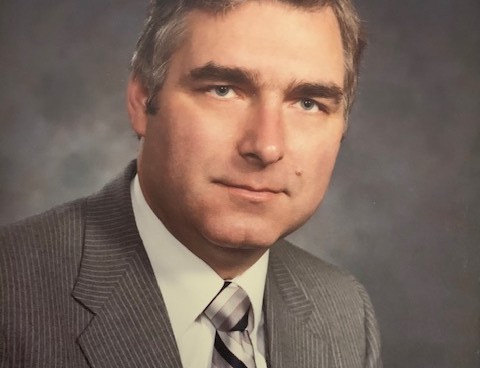 David Robert Ball, age 85, life-long resident of Swanton, Ohio, passed away Thursday, December 3, 2020, at The Toledo Hospital.  He was born March 30, 1935 in Swanton to Robert and Vernena Cunningham Ball Maltby.  David served in the United States Army as a payroll clerk, and graduated from BGSU with a degree in mathematics.  He married his beloved wife, Lois Nielson on March 15, 1958. David was a man who had family on his mind. But his heart belonged to Jesus.

David worked for IBM as senior systems engineer, retiring in 1991. He then worked for the Champion Spark Plug Company for two years.  He was a devoted and faithful member of the Swanton Alliance Church.  He served many church roles; including an Elder for 40 years, board member and treasurer for 33 years, as well as Sunday School Teacher, Song Leader and Youth Leader.  He also served on the District Executive Committee for the Christian and Missionary Alliance.  David didn't just serve the needs of the church, but the community as a whole.  He helped with American Red Cross Blood Drives, funeral dinners, and was Past Board President and Treasurer of the Cherry Street Mission for 12 years.

David was preceded in death by his parents and sisters, Peggy Yoakum and Jeanette DeBerard.

Private services will be held for the family at Weigel Funeral Home in Swanton.  Entombment, with Military Rites, will follow at Highland Memory Gardens in Waterville.

In lieu of flowers, memorial contributions may be made to Beulah Beach Camp, Vermillion, OH.

To order memorial trees or send flowers to the family in memory of David Robert Ball, please visit our flower store.