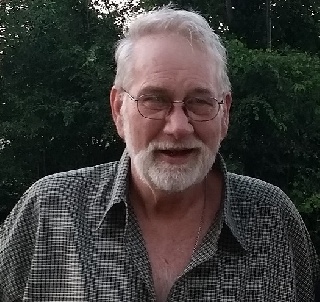 David Cyril Brick, life-long resident of Swanton, Ohio, entered into eternal life on his 74th birthday, Friday morning, November 4, 2016 at Hospice of Northwest Ohio in Toledo. He was born November 4, 1942 in Swanton to Cyril Jacob and Helen Marie (Fauble) Brick. David was a 1960 graduate of Swanton High School and served in the Ohio National Guard, receiving an honorary discharge. On November 22, 1963, he married Mikel Groves and she preceded him in death on March 10, 1988.

David was a farmer and bedding plant grower for more than 40 years. He sold wholesale and at the Detroit Eastern Market. David took pride in raising Magellan Zinnias and Echo Mix Lisanthus. He operated Brick's Farm Market with family from 1978 -1992. He was an excellent cook, enjoyed canning, and loved to tell a good joke.

Family and friends may visit Sunday, November 6th from 3 to 8 p.m. at the Weigel Funeral Home in Swanton, where the Rosary will be recited at 6:30 p.m. Visitation will continue Monday, November 7th from 10 a.m. to 11 a.m. at Holy Trinity (Immaculate Conception) Catholic Church at Marygrove, 1750 N. Raab Road, where a Mass of Resurrection will begin at 11:00 a.m., with Father Patrick Rohen, Captain, U.S. Army (Retired) presiding. Interment will follow at Marygrove Cemetery.

Donations may be made in his honor to Heartbeat of Toledo or Holy Trinity Church-Building Fund at Immaculate Conception.

Mass of Resurrection: Monday, November 7th at 11:00 am at Holy Trinity(Immaculate Conception) Catholic Churh at Marygrove

To order memorial trees or send flowers to the family in memory of David Cyril Brick, please visit our flower store.