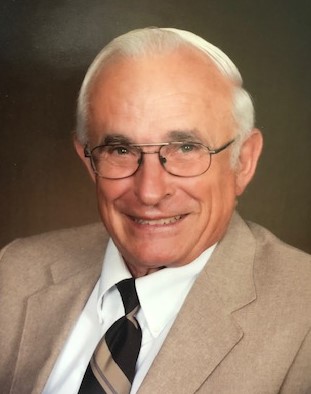 David L. Zenk, age 83, of Wauseon, Ohio, passed away Tuesday morning, December 22, 2020, at the Fulton County Health Center.  He was born May 1, 1937 in Swanton, Ohio to Edward and Florence (Miller) Zenk.  David was a 1955 graduate of Swanton High School and attended Bowling Green State University.  On December 26, 1962, he married his childhood sweetheart, Carol Welter, at St. Richard Catholic Church in Swanton.

David worked for BRC Rubber Products in Ft. Wayne, Indiana, retiring in 2015.  He was a member of St. Caspar's Catholic Church in Wauseon and the Knights of Columbus.  David will be remembered as a talented carpenter and woodworker, who also took pride in his garden and enjoyed yard work.

David was preceded in death by his parents, Edward and Florence Zenk, father and mother-in-law, Jacob and Esther Welter; and brothers-in-law, Ronald Bateson, Aloysius Pawlaczyk and Richard Welter.

A Mass of Christian Burial will be held at St. Caspar's Catholic Church in Wauseon is pending at this time.  Interment will follow at Marygrove Cemetery.

To order memorial trees or send flowers to the family in memory of David L. Zenk, please visit our flower store.