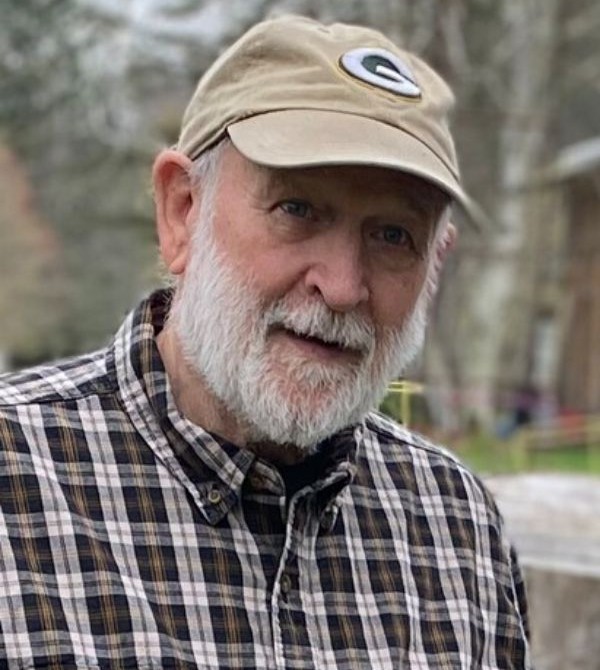 Douglas “Doug” Lee passed away peacefully, at home, with his family by his side and his loving wife holding his hand Monday morning, September 19, 2022.

Doug was born on 6/19/1943 in Wheeling, WV to Russell and Alice Lee.  Russel was an Army Chaplin and Doug was able to travel the world with his family.  He always talked about how much fun he had living in Germany, often commenting, without too many details, that he was always lucky he was never arrested while on base.  He was able to drive on the Autobahn, in a hot red Lincoln Premier convertible and went “approximately” 120 mph.

Doug’s best adventure began on August 27, 1966 when he married Sylvia (Curl).  Doug and Sylvia met at Baldwin Wallace College, where Doug majored in psychology and sociology with minors in English, philosophy and art.  Doug and Sylvia spent a lifetime making memories.  A frequently talked about memory was their adventured driving across the country to pick up motorcycle parts for a 1969 Bonneville Triumph.  Doug was the past president of the Corvette Club, active in ABATE, served on the Swanton School Board from 1998 to 2005, and a member of Swanton Rotary, serving as president from 1993 to 1994.

Doug’s immeasurable contribution to the world was his and Sylvia’s work with foster children.  They began living with children in 1968 at the Jones Home for Children in Cleveland after working with children at Sagamore Hills Children’s Psychiatric Hospital, Educational Development Center and the Upward Bound program in Little Rock, AK.  While working at the Berea Children’s Home, Doug earned a Masters degree in social work from Case Western Reserve University.  While at the University of Kansas, pursuing their doctoral degrees, Doug and Sylvia were co-directors of the Achievement Place for Girls, where much Teaching-Family research was conducted.  They had the pleasure of discussing the Teaching-Family model with people from across the United States and around the world as part of the dissemination program funded by NIMH.  In Lawrence, KS they studied under Montrose Wolfe, a famous applied behavioral psychologist that developed the “time out” method for shaping toddler and young children.  While students at the University of Kansas, the National Teaching-Family Association was formed and Doug was a charter Teaching-Parent representative to NaT-FA.  After completing most of the course work for the doctoral program, the Lees were offered the opportunity to develop a group home project from the ground up consisting of 4 group homes in the Toledo area for Cummings-Zucker Center.

After 6 years with Cummings, Doug and Sylvia decided it was time to develop a group home program of their own.  They settled in Swanton and were the original incorporators of the Ohio Teaching-Family Association, and Doug served as the Executive Director since OTFA’s incorporation.  They were joined by friends and colleagues who had years of experience in the Teaching-Family model.

Doug and Sylvia greatly enjoyed maintaining contact with their foster kids after the kids left the group home.  He was always ready, willing and excited to share his knowledge of human behavior and had an amazing ability to take complex topics about human behavior and make it understandable and useful, and many foster kids recounted years after leaving Doug and Sylvia’s care that the lessons they learned at the group home were extremely important in the kid’s lives, especially as the foster kids started raising their own children.
Doug and Sylvia hosted foreign exchange students through Rotary.  They had the honor of hosting students from Costa Rica, France, Czech Republic, England and Belgium.  They maintained contact with many of these exchange students and always delighted to hear the awesome things each have done with their lives.

Doug is survived by his wife, Sylvia; children, Ian (Kristen) Lee of Sylvania, Robert (Autumn) Lee of California; 5 grandchildren, Gryphon, Cordelia, Weylyn, Anna and Cullen; brother, Larry Lee of Swanton; niece, Sherry Lee of Swanton; and numerous nephews and nieces spread throughout the country.  Doug was preceded in death by his parents and brother, Greg.

Doug was passionate about Habitat for Humanity, and would take his foster children to builds to teach the kids carpentry skills.  He greatly enjoyed buying homes and rehabbing them with the help of the foster kids, teaching the kids plumbing, electrical and carpentry.  He built a woodshop to teach the kids to build bedframes, dressers and tables, and often the kids gifted these

The Lee family extends a special thank you to Rick Nichols, Mark VonLeyser, Tony Cannon and Darnell Hinds, as well as the doctors and nurses of Cleveland Clinic and Hospice of Northwest Ohio.

In lieu of flowers, the family request you plant a tree in Doug’s memory. Memorial contributions can be made to the Maumee Valley Habitat for Humanity or Swanton Rotary.

Visitation will be held Tuesday, September 27th from 3 to 8 p.m. at the Weigel Funeral Home in Swanton.  Funeral services will be held Wednesday, September 28th at 11:00 a.m. at Trinity United Methodist Church, 210 N. Main St., with Pastor Justin McCall officiating.  Interment will be private.

To order memorial trees or send flowers to the family in memory of Douglas "Doug" Lee, please visit our flower store.