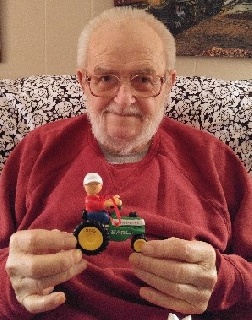 Earl worked at Toledo Steel Tubes, Parker Hannifin, and retired from Fayette Tubular; as well as farming his own land. Earl married Virginia Joyce Borck on June 16, 1956, after returning home from serving in the U.S. Army.

Earl was preceded in death by his parents; wife, Virginia and grandson, Ronald F. Leslie.

To order memorial trees or send flowers to the family in memory of Earl M. Steadman, please visit our flower store.