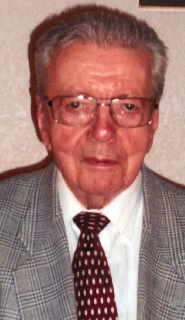 Edgar H. Zysset, age 89, of Perrysburg, Ohio, formerly of Swanton, Ohio, passed away Wednesday afternoon, June 14, 2017 at Waterford Assisted Living at Levis. He was born October 28, 1927 in Biel, Switzerland to the late Karl and Martha (Niederer) Zysset, and he served in the Swiss Army.

While living in St. Cloud, Florida, Mr. Zysset was a member of the Society of Plastic Engineers and American Radio Relay League. He moved to the Toledo, Ohio area in 2004, most recently residing in Swanton, where he was a member of the Fulton County Amateur Radio Club and Delta United Methodist Church.

Visitation will be held Wednesday, June 21st from 5:00 to 7:00 p.m. at the Weigel Funeral Home, 204 Chestnut St. in Swanton (419.826.2631), where services celebrating his life will begin at 7:00 p.m. with Rev. Teresa Wenrick officiating. Interment will take place at a later date at the Swanton Cemetery.

Memorial Contributions may be made to Delta United Methodist Church, the Fulton County Amateur Radio Club or the Parkinson's Foundation of Northwest Ohio.

Visitation: Wednesday, June 21st from 5 to 7 pm at the Weigel Funeral Home in Swanton

To order memorial trees or send flowers to the family in memory of Edgar H. Zysset, please visit our flower store.