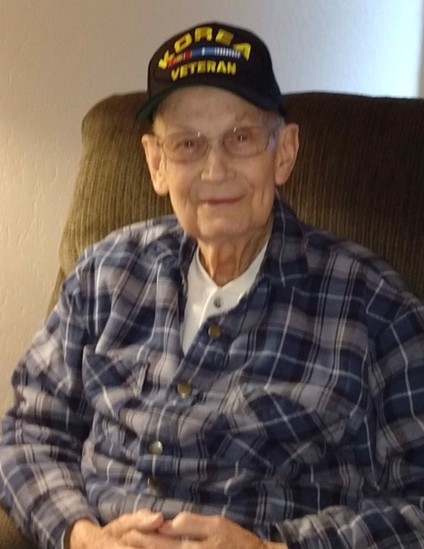 Edward Carl Holtz, age 89, of Swanton, Ohio, died Thursday evening, November 19, 2020 at Swanton Valley Care Center.  He was born February 7, 1931 in Adrian, Michigan to Morris and Denise (Herchelbout) Holtz.  After graduation, Edward enlisted in the United States Army and was a Korean War Veteran and retired as an Army Reservist. Edward was also a Purple Heart recipient.  He married Darla Mae Petrucha on October 9, 1965 in Toledo, Ohio.

Edward worked as a draftsman in the Toledo area for 31 years, retiring in 1991.  He was a 1949 graduate of Macomber Vocational High School. He was an avid University of Michigan Football as well as the Detroit Red Wings fan.  He mostly enjoyed spending time with his family.

Edward was preceded in death by his parents; sister, Ruth Vagt and brother, Louis Holtz.

A memorial gathering will be held Tuesday, November 24th from 11:00 to 1:00 p.m. followed by a memorial service at 1:00 p.m. at the Weigel Funeral Home in Swanton. A private graveside service at Shiloh Cemetery in Delta will follow.

To order memorial trees or send flowers to the family in memory of Edward Carl Holtz, please visit our flower store.