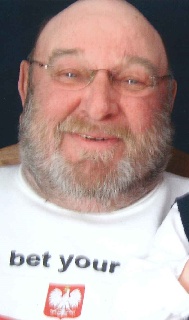 Francis E. "Fritz" Wielinksi, age 72, of Swanton, Ohio, passed away in his home Thursday morning, March 17, 2016. He was born June 10, 1943 in Toledo, Ohio to Edmund and Leola (Schondel) Wielinski. He was a 1961 graduate of Swanton High School and attended Iron Workers Local 55 trade school. He worked as an iron worker and later as an auto body technician. On June 10, 1967, he married Susan Turpening.

Fritz had been an avid golfer, fisherman and hunter. He loved mushroom hunting and taking camping trips with his family. He especially loved being a "Papa" to his grandchildren.

Fritz will be remembered as a person who worked hard and lived hard. He will be greatly missed by his loving wife of 48 years, Susan; son, Neil (Maggie) Wielinski; grandchildren, Slade and Hannah; sister, Leatrice (Lyle) Condon; as well as many nieces and nephews.

Fritz was preceded in death by his parents, Edmund and Leola; son, Slade Wielinski; brothers, Donald and Bernard and sister, Geraldine.

Family and friends may visit Saturday, March 19th from 2 to 6 p.m. at the Weigel Funeral Home in Swanton (419.826.2631). Graveside services at Highland Memory Gardens will be private.

Memorial contributions may be made to the Slade Wielinski Memorial Scholarship Fund at Owens Community College, 30335 Oregon, Rd., Perrysburg, OH 43551.

Visitation: Saturday, March 19th from 2 to 6 pm at the Weigel Funeral Home in Swanton

To order memorial trees or send flowers to the family in memory of Francis E. "Fritz" Wielinski, please visit our flower store.