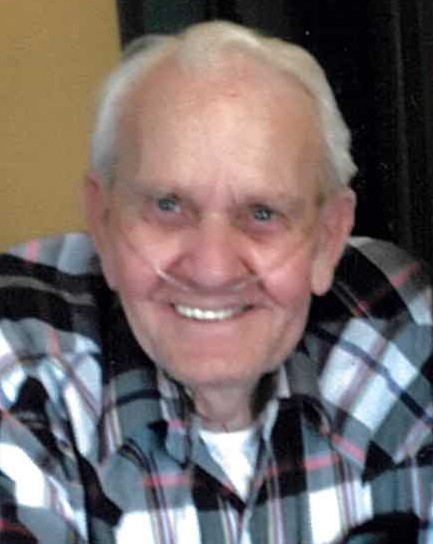 Frank retired from SE Johnson where he worked road construction.  In his spare time, he enjoyed gardening and building construction.  In his lifetime, he built 5 homes, 2 barns, remodeled kitchens, built decks, 2 pools, swing sets and was involved in numerous other projects.  There was nothing he couldn't build or repair.  He looked forward to taking road trips back home to the family farm in Phillipsburg, MO and visiting with relatives.

Most of all, Frank enjoyed watching his family grow.  Summers were most special to him when his swimming pool was full of grandkids splashing around and having a great time.  The grandkids could always expect a card mailed from grandpa on their birthday.  Frank was also known for his homemade chocolate chip cookies, snicker doodles and pie. Sunday dinners at the Himelhan home were a family tradition.

Besides his loving wife of 43 years, Rose Marie, Frank was preceded in death by his brothers, Clifford, Richard and Robert Himelhan; sister, Shirley Hoock; and son-in-law, Ed Rupp.

Memorial contributions may be made to Great Lakes Hospice or Lyons Fire Department.

To order memorial trees or send flowers to the family in memory of Frank H. Himelhan, Jr., please visit our flower store.