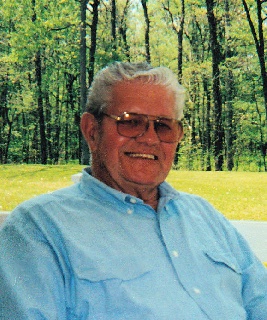 Frank Joseph Vaculik, age 87, life-long resident of Metamora, Ohio, entered into eternal life, Sunday afternoon, December 31, 2017, at Ebeid Hospice in Sylvania, with his loving family at his bedside. He was born September 21, 1930 in Toledo, Ohio to the late Katherine (Honacek) and Joseph Vaculik. Frank proudly enlisted in the United States Army and was a Korean War Veteran. On November 8, 1952, he married Barbara Shoemaker at St. Mary’s Catholic Church in Assumption. Barbara preceded him death on March 20, 2017.

Frank was a handyman hanging drywall, laying brick and painting. His hobby was building birdhouses. He worked 25 years as a machinist at Toledo Scale, worked 7 years at Sauder Woodworking, and later retired from the Village of Metamora where he worked at the water treatment plant for 10 years. Frank was a lifetime member of Holy Trinity Catholic Parish and served as a lector. He was a member of the Catholic War Veterans Post #306 in Assumption, Lyons VFW Post #7574, and was past president of the Czech Club.

A big highlight of Frank’s life was the privilege to go on Honor Flight with his son Mike in 2013. Frank enjoyed playing the accordion, taking his family on camping trips, skating and going out to watch Disney movies. Frank loved attending his children’s, grandchildren’s and great-grandchildren’s school functions and sporting events and visiting his family in Kentucky.

Besides his loving wife of 65 years, Barbara, Frank was preceded in death by his parents; infant sister, Bessie; and brother, Joseph.

Visitation will be held Thursday, January 4th from 2 to 8 p.m. at the Weigel Funeral Home in Metamora, where a Catholic War Veterans Service will begin at 7:00 p.m., followed by the recitation of the Rosary. Visitation will continue Friday, January 5th from 10 a.m. to 11 a.m. at Holy Trinity Catholic Church in Assumption, where a Mass of Resurrection will begin at 11:00 a.m., with Fr. Michael Dandurand presiding. Interment with Military Rites will follow at St. Mary's Cemetery.

Visitation: Thursday, January 4th from 2 to 8 pm at the Weigel Funeral Home in Metamora

Mass of Resurrection: Friday, January 5th at 11:00 am at Holy Trinity Catholic Church in Assumption

To order memorial trees or send flowers to the family in memory of Frank Joseph Vaculik, please visit our flower store.