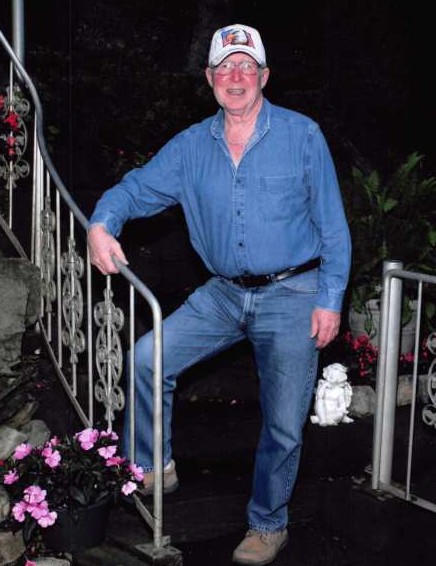 Gary G. Lampson, 76, of Delta, Ohio, passed away in his home afternoon, Sunday, September 1, 2019.  The past 5 years he battled with progressive supranuclear palsy.  He was born March 24, 1943 in Watertown, New York to Leon George and Laura (Riley) Lampson.  Gary was a 1961 graduate of Delta High School.

Gary worked for the Dana Corporation.  After being laid off, he went to work as a car salesman for several area dealerships.  In 1995, he purchased Hub's Bar in Swanton.  He was owner and operator until selling the business and retiring in 2015.  On May 24, 2010, he married the love of his life, Charlene Ducat.

Gary loved Nascar, watching the Cleveland Browns, and riding his Harley.  He led many Harley benefit runs during his time at Hub's.  He had a passion for Rock-N-Roll and enjoyed woodworking.  Gary will be remembered as a hard worker.

Gary was preceded in death by his parents, sister, Donna Langenderfer, and the mother of his daughters, Dorothy Ann (Cook) Lampson.

Visitation will be held Friday, September 6th from 2 to 8 p.m. at the Weigel Funeral Home in Swanton (419.826.2631).  Funeral services will be held Saturday, September 7th at 11:00 a.m. in the funeral home.  Interment will follow at Greenlawn Cemetery in Delta.

In lieu of flowers, memorial contributions may be directed to the family.

To order memorial trees or send flowers to the family in memory of Gary Lampson, please visit our flower store.