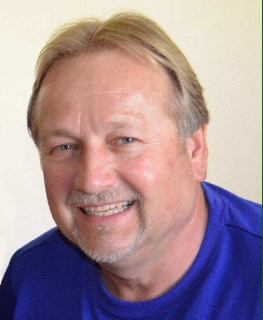 Gary R. Miller, age 66, of Swanton, Ohio, passed away Sunday, October 1, 2017 surrounded by his family following a year-long courageous battle against cancer. Gary was born June 2, 1951 in Toledo, Ohio to the late Donald and Marjorie (Langenderfer) Miller. He was a 1969 graduate of Evergreen High School and attended Macomber Vocational School. On July 16, 1976, he married his loving wife, Linda (Coss) Miller.

Gary was a humble man that lived a simple life. He found beauty in everything and appreciated the many gifts life brings commonly stating, “I love life more than life itself.” He worked as a finish carpenter and was an avid outdoorsman who loved camping and nature. He was undoubtedly a “super collector” of all things but his greatest pride in life came from being a family man; he especially loved being a Papa. Gary’s strength and determination were a true inspiration and his memory will remain forever in our hearts.

Gary was preceded in death by his parents, Don and Marge Miller; and sisters, Bonnie Kashmer and Sandra Pifer.

Family and Friends may visit at Weigel Funeral Home, 204 Chestnut St. in Swanton (419.826.2631) on Friday, October 6th from 3 to 8 p.m., where the Rosary will be recited at 7:30 p.m. Prayers will begin in the funeral home on Saturday, October 7th at 10:20 a.m., and follow with a procession to St. Richard Catholic Church, where a Mass of Resurrection will begin at 11:00. Interment will follow at St. Patrick's Cemetery in Grand Rapids, Ohio.

Memorial contributions may be directed to the family to help with medical expenses.

Visitation: Friday, October 6th from 3 to 8 pm at the Weigel Funeral Home in Swanton

Mass of Resurrection: Saturday, October 7th at 11:00 am at St. Richard Catholic Church in Swanton

To order memorial trees or send flowers to the family in memory of Gary R. Miller, please visit our flower store.