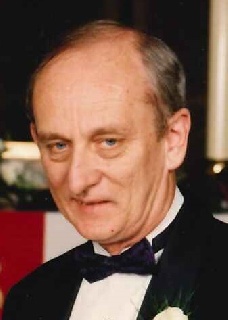 Gary L. Moore, age 73, of Swanton, Ohio, passed away Wednesday, May 25, 2016, at St. Luke's Hospital. He was born December 7, 1942 in Huntington, West Virginia to Curt and Evelyn (Lowe) Moore. Gary was a 1960 graduate of Swanton High School, and worked for Owens-Illinois as a Plastics Development Engineer, and was credited with 11 patents.

Gary served 2 terms as Mayor of Swanton and was currently serving as village councilman. He enjoyed restoring and collecting corvettes and watching Ohio State Football. Gary was a member of Swanton American Legion Post #479 and Swanton VFW Memorial Post #8598.

Gary was preceded in death by his parents; infant brother, Billy; and daughter-in-law, Jennifer Moore.

Visitation will be held Tuesday, May 31st from 5 to 7 p.m. at the Weigel Funeral Home in Swanton, where funeral services will begin at 7:00 p.m., with Pastor Curt Bowman officiating.

Visitation: Tuesday, May 31st from 5 to 7 pm at the Weigel Funeral Home in Swanton

To order memorial trees or send flowers to the family in memory of Gary L. Moore, please visit our flower store.