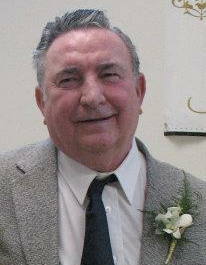 Gary worked for GM Powertrain, retiring in 1993.  He was a member of Holy Trinity Catholic Parish in Assumption.  He enjoyed playing cards, fishing and trying his luck at the casino.

Friends will be received at Weigel Funeral Home in Metamora on Sunday, October 7th from 3:00 to 7:00 p.m., where the Rosary will be recited at 6:30 p.m.  A Mass of Resurrection will be celebrated Monday, October 8th at 10:00 a.m. at Holy Trinity Catholic Church in Assumption with Fr. Michael Dandurand presiding.  Interment, with Military Rites, will follow at St. Mary's Cemetery in Assumption.

In lieu of flowers, memorial contributions may be made to Holy Trinity Church or Hospice of Northwest Ohio.

To order memorial trees or send flowers to the family in memory of Gary Morse Nichols, please visit our flower store.