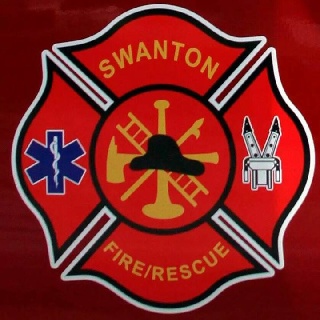 Butch retired in 2009 after 30 years from the Swanton Street Department and was a 30 year member of the Swanton Volunteer Fire Department, retiring as Assistant Fire Chief in 2009. He was an avid Dale Earnhardt Nascar Fan and Green Bay Packers Fan. He enjoyed riding his Harley, shooting pool and puttering outside in the yard.

Most of all, he loved his family. They came first in his life. He called his wife Tari everyday for the past 17 years on her lunch hour to check in and see how her day was going.

He will be greatly missed by his loving wife of 17 years, Tari; mother, Henrietta; sister, Joan Kelly; son, Ron Arnold; daughter, Lyndsay (Scott) Buchele; stepchildren, Lora Meyers, Joshua Phillips and Kelly (Brian) Ferguson; 15 grandchildren and 2 great grandchildren who were the light of his life. He is also survived by his aunt, Shirley Dickens and several cousins.

Butch was preceded in death by his father, Drexel; his grandparents and several aunts, uncles and cousins.

Family and friends may visit Tuesday, October 4th from 10:00 a.m. to 2:00 p.m. at the Weigel Funeral Home in Swanton (419.826.2631). A funeral procession will commence at 2:00 p.m. from the funeral home and process by the Swanton Fire Hall and end at East Swanton Cemetery, where graveside services will be conducted by Pastor Todd Hostettler and will conclude with a Fireman's Last Alarm Service conducted by the Swanton Fire and EMS.

Memorial contributions in Butch's memory may be made to a charity of the donor's choice.

Visitation: Tuesday, October 4th from 10:00 am to 2:00 pm at the Weigel Funeral Home in Swanton

To order memorial trees or send flowers to the family in memory of George "Butch" Arnold, please visit our flower store.