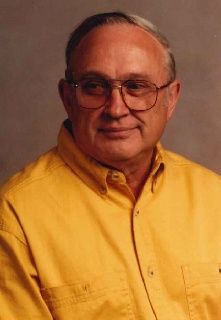 George Edward Meyers, age 77, passed away peacefully, Sunday evening, October 9, 2016 at Swanton Valley and Rehabilitation Center. He was born December 28, 1938 in Toledo, Ohio to the late Lewis Edward and Margaret Anna (Knobbs) Meyers. He was preceded in death by his wife, Norma Jean Meyers.

Visitation will be held Wednesday, October 12th from 4 to 8 p.m. at the Weigel Funeral Home in Swanton. Funeral services will be held Thursday, October 13th at 11:00 a.m. in the funeral home, with Pastor Curt Bowman officiating. Interment will follow at Highland Memory Gardens in Waterville.

Visitation: Wednesday, October 12th from 4 to 8 pm at the Weigel Funeral Home in Swanton

Funeral Services: Thursday, October 13th at 11:00 am in the Funeral Home

To order memorial trees or send flowers to the family in memory of George Edward Meyers, please visit our flower store.