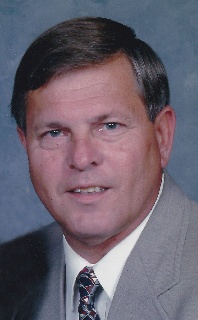 Gil attended Swanton High School and graduated in 1965. He enlisted in the Marine Corps right after High School. He fought in the Vietnam War in 1966, where he was awarded 2 Purple Hearts, Good Conduct Medal, Vietamese Service Medal, Vietamese Campaign Medal, National Defense Service Medal, and a Presidential Unit Citation. Upon returning from the war he was stationed in the Washington, D.C. Marine Corps Honor Guard until 1969. While stationed there Gil met his future wife, Anna Catherine Potts, of Cloverport, Kentucky. On June 21, 1969 they married at St. Steven's Cathedral in Owensboro, Kentucky. They moved to Ohio and together raised four wonderful children. Gil worked at General Motors for 31 years, retiring in 2000.

Several years ago, when Gil was much healthier, he was an active member of St. Richard Catholic Parish. He served as president of CADA and was involved with other church and school projects. He also served many years as Commander of the Swanton VFW Memorial Post #8598.

Gil was an avid Ohio State fan. He also loved hunting with his sons and nephews, fishing, golfing and gambling. Eating out was a favorite thing to do too and he could often be found at Loma Linda's restaurant.

Gil was preceded in death by his parents; his oldest son, Bill; and brothers, Martin, Bill, Johnny, Albert, Tom and Chuck.

A special thanks to all the loving family members and friends who have been so comforting during this difficult time. A big thanks also goes out to St. Luke's Hospital and the very caring and professional medical staff there.

Family and friends may visit Monday, October 9th from 3 to 9 p.m. at the Weigel Funeral Home in Swanton (419.826.2631), where the Rosary will be recited at 8:00 p.m. A Mass of Resurrection will be held Tuesday, October 10th at 11:00 a.m. at St. Richard Catholic Church, where visitation will be one hour prior. Father Adam Hertzfeld will preside. Interment with Military Rites will follow at St. Richard's Cemetery.

In lieu of flowers, memorial contributions may be made to St. Richard Catholic Church or Swanton VFW Memorial Post #8598.

Visitation: Monday, October 9th from 3 to 9 pm at the Weigel Funeral Home in Swanton

Mass of Resurrection: Tuesday, October 10th at 11:00 am at St. Richard Catholic Church

To order memorial trees or send flowers to the family in memory of Gilbert "Gil" Urban, please visit our flower store.