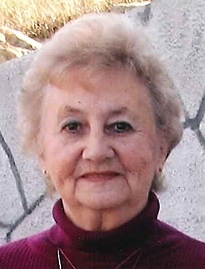 Gladys Virginia Byers, age 87, of Delta, Ohio, passed away peacefully, Wednesday morning, December 27, 2017, at Heartland of Wauseon. She was born on September 11, 1930 in Hopewell, Virginia to Roy Ranger and Nellie Mae (McDaniel) Rose. She was raised by her grandmother Elsie C Rose, where she attended Morenci High School. In 1950 she married Roger Ebersole; he preceded her in death in 1953. In December 1954 she married Galen Byers; he preceded her in death in 2006.

Gladys worked for the City Loan and Saving in Wauseon for 11 years from 1957 to 1968. She then worked for Byers Sales and Service for 14 years in Delta from 1969 to 1983. Gladys then worked for 14 years at Pilliod Cabinet Company in Swanton from 1986 to 2000 where she retired. During her retirement she volunteered at the Open Door. While working she also sold Avon for over 40 years.

Gladys was a member of the Izaak Walton League of America, Delta Chapter, Buckeye Chapter and life member of the National. Gladys had a kiln in her home where she made lots of ceramic pieces for her family and friends.

She is preceded in death by her parents, husbands, Roger Ebersole and Galen Byers; great-granddaughter, Lyndsey Creps; and brothers, Roy and Louis.

Memorial contributions may be made to Heartland Hospice.

To order memorial trees or send flowers to the family in memory of Gladys Virginia Byers, please visit our flower store.