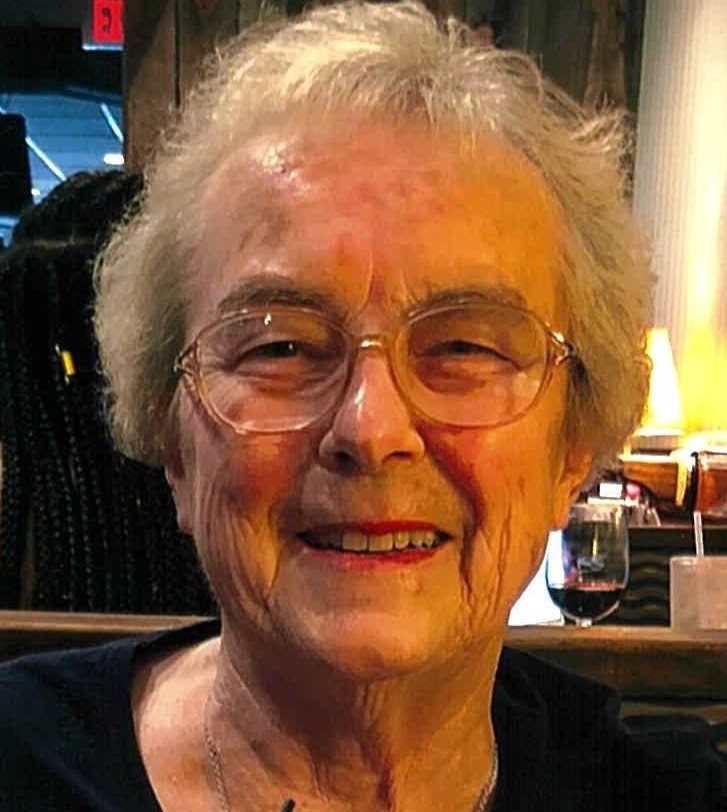 Gloria (Simon) Bernath, age 83, of Swanton, Ohio, entered into eternal rest, Thursday morning, September 16, 2021, at SKLD Nursing Facility in Bryan, Ohio. She was born April 2, 1938 in Assumption, Ohio to Wilfred and Laura (Schwamberger) Simon. Gloria was a graduate of St. Mary’s School in Assumption. She married Roger Bernath on September 20, 1958. He preceded her in death on April 13, 2018.

Gloria was a homemaker raising their two children, and also was a bookkeeper for the family business, Bernath Land Clearing. She enjoyed being a 4-H advisor for many years and was also a gym teacher at St. Richards School. A devout Catholic, Gloria was a member of St. Richard Catholic Parish and the Altar Rosary Society. She was very involved with the church making baptismal gowns for the newly baptized, working funeral dinners and she loved to help with the church festivals.

When walking into her home, you could always find a puzzle on the family room table or a deck of playing cards nearby. She was always up to playing a good game of Solitaire or Monopoly with her grandsons. She was also an avid reader who kept a notebook recording every book she ever read. She enjoyed working crossword puzzles, sewing and crocheting. Cooking and canning were things she also loved and her grandkids claim she had the best tacos around!

Gloria loved spending time with her family, especially her grandchildren. Fishing up in Canada, at Rice Lake, was her favorite pastime. She enjoyed researching her family tree with her sister Mona, whom she always considered her forever best friend. Many sewing projects and quilts were made and enjoyed together by the two sisters.

Besides her husband Roger, Gloria was preceded in death by her parents; son, David Bernath; brothers, Elwood and Jim Simon and sisters and brothers-in-law, Phyllis Simon and Donna (Warren) Roehrig.

Visitation will be held Wednesday. September 22nd from 4 to 8 p.m. at the Weigel Funeral Home in Swanton, where a Vigil Service will be held at 7:45 p.m. Visitation will continue Thursday, September 23rd from 10 to 11 a.m. at St. Richard Catholic Church, where a Mass of Christian Burial will begin at 11:00 a.m. Interment will follow at Dutch Ridge Cemetery.

To order memorial trees or send flowers to the family in memory of Gloria Marie Bernath, please visit our flower store.