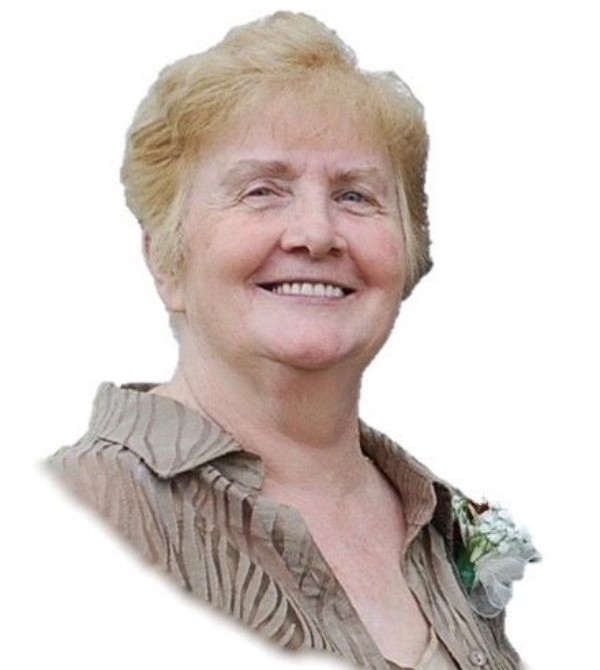 Gloria Ann (Thompson) Forrest, 81, of Delta, passed away peacefully on April 13, 2022 surrounded by her loving family.

Gloria was born in Morenci, MI, on September 25, 1940, to L. Edgar Thompson and Edith (Decker) Thompson. She graduated from Wauseon High School in 1958. On May 22, 1959, she married John J. Forrest and purchased their one and only home in the Delta school district. Their four children and most of their grandchildren have attended Pike-Delta-York schools.

Gloria was involved in several businesses over her lifetime. She turned her love for cooking and baking into a family business. Starting with wedding cakes in 1963, she expanded her business to include catering with the support of John & her family for over 35 years. In 1973, she worked for Fulton Industries making flashlights and five years later moved on to National Can in Archbold. Gloria managed several of the other family businesses along the way including Forrest Radiator & Machine Shop and Forrest Auto Supply. She was also an active member of the Delta Chamber of Commerce.

She never turned down a chance to volunteer in her community. Beginning in the 1970’s, Gloria was in charge of the culinary, photography and fine arts departments at the Fulton County Fair for nearly 30 years. She collected donations for several organizations for many years and was one of the original organizers of the Apple Dumpling Festival in Delta where her baking experience led her to create a pie judging contest and competitive auction that raised money for Delta parks. For many years, Gloria was involved in organizing annual reunions for the Pike Township School and her Wauseon graduating class of 1958. In 2006, along with her husband John, became the chairs of the Delta Chicken Festival Parade and served in this role for several years. In 2018, John & Gloria were honored as the Chicken Festival Grand Marshals.

Her passion for writing and community news led her to write many articles in the area newspapers. Gloria’s writings included letters to the editor, informational columns and many sports stories covering Delta basketball and track teams. She loved to send cards and letters touching the lives of many over the years.

Gloria was also elected to the Pike-Delta-York Board of Education in 1981. She went on to serve two terms and two years of a vacated seat. She was also a member of the Aetna Grange in Winameg for over 40 years.

Visitation for Gloria will be held from 4:00 P.M. until 8:00 P.M. on Thursday, April 21, 2022, at the Grisier-Weigel Funeral Home in Delta, The funeral service will be held Friday at 11:00 A.M., also at the funeral home, with Pastor Julie Gritzmaker, officiating. The family requests that memorial contributions be given to Hospice of Northwest Ohio. Online condolences may be offered to the family at www.deltafh.com.

To order memorial trees or send flowers to the family in memory of Gloria Ann (Thompson) Forrest, please visit our flower store.