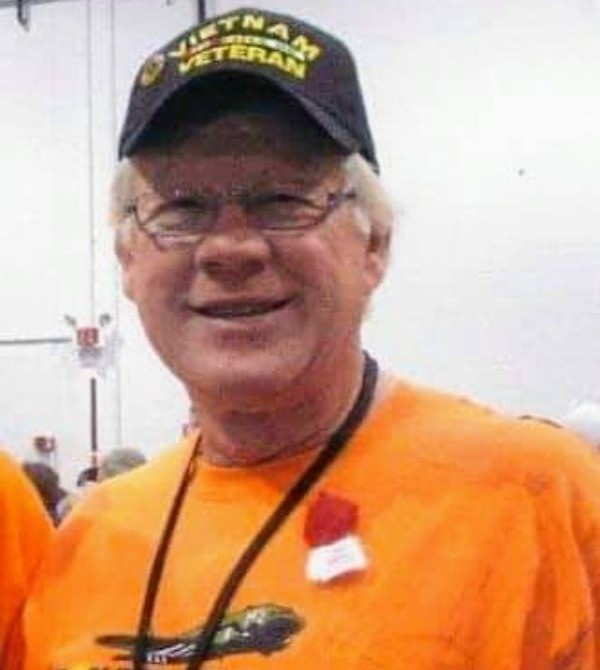 Howard Yunker peacefully passed away Wednesday, September 29th, 2021, after a courageous battle with illness. He is survived by his daughter Amy (Shawn), Todd (Tara), Brad, Joel (Wendy); nine grandchildren; six great-grandchildren and is a brother to thirteen siblings. He is preceded in death by his parents Harold and Lois Yunker.

He was a 1965 graduate of Swanton High School and remained a lifetime resident. Shortly after graduating, Howard was drafted into the US Army and served honorably in Vietnam. Upon his return, he worked a career in the construction industry, spending most of the time with Bush Construction and The Shelly Company, until his retirement.

Howard found his happiness in his kids and grandkids, his brothers and sisters, and their families. His greatest passion was to be outdoors, working in his garden and giving his grandkids a ride on the gator. He was the first to lend a hand in a construction project and, even while battling cancer, gave as much as he could to build the new Faith Lutheran Church.

Visitation will be held Sunday, October 3rd from 2 to 8 p.m. at the Weigel Funeral Home in Swanton. Funeral Services will be held Monday, October 4th at 11:00 a.m. at Faith Evangelical Lutheran Church Swanton, with Rev. Dalton Ruggieri officiating. Interment, with Military Honors, will follow at Swanton Cemetery.

Memorial contributions may be made to Faith Lutheran Church, Swanton American Legion or Swanton Athletic Boosters.

To order memorial trees or send flowers to the family in memory of Howard Raymond Yunker, please visit our flower store.