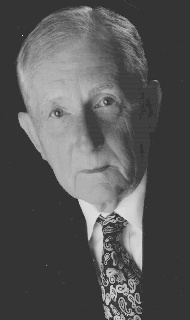 James A. Gilroy, age 74, of Swanton, Ohio, died peacefully, Thursday, March 24, 2016, at the Swanton Health Care & Retirement Center. He was born to Thomas P. and Catherine H. (Keeley) Gilroy on Staten Island, New York, on August 31, 1941. He graduated from St. Peter's High School, Staten Island and from Fordham University, New York. Upon graduation, he was commissioned as an Air Force officer and served his country with great pride during Vietnam until 1975.

His wife of 42 years, Marilyn Watson Gilroy, whom he married March 31, 1973, survives him, as does his brother-in-law, Thomas (Ellen) Watson and his sister-in-law, Judith Sutherland. Also surviving are eight nieces and nephews, Deborah, Kathryn, Matthew, Cynthia, Kelly, Patricia, Daniel and Timothy; along with four grand-nieces and nephews, Alexander, Hollyn, Stephen and Daniel.

People remembered Jim for his kindness and special sense of humor. He loved and appreciated what he called "my good life". Upon retirement, he cruised the world and spent most of his summers on Catawba Island, enjoying friends and family, as well as Lake Erie. He was currently serving as Trustee for the Catawba Point Association.

Jim worked in the transportation industry after leaving the Air Force as a contract manager for Harmon School Bus Company. Later he worked as a consultant for Mayflower, and finally as transportation manager for EOPA Toledo Head Start.

There will be no viewing and services will be private.

To order memorial trees or send flowers to the family in memory of James A. Gilroy, please visit our flower store.