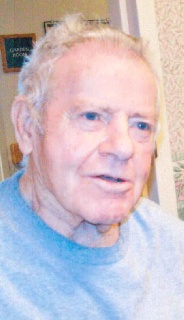 James "Pat" O'Leary, age 82, of Lyons, Ohio, passed away Friday evening, January 22, 2016, at Hillside Country Living Nursing Facility in Bryan, Ohio. He was born June 25, 1933 in Adrian, Michigan to Harry and Wilma (Burroughs) O'Leary and graduated from Metamora High School. He served in the United States Army Infantry, and following honorable discharge, he married Dorothy Bauer on June 29, 1956. She preceded him in death on June 16, 2011.

Pat worked for S.E. Johnson for several years as a heavy equipment operator. He was a member of Lyons VFW Post #7574 and enjoyed gardening. Pat's goal in life was to please others and look out for their well being.

Besides his wife of 54 years, Dorothy, Pat was preceded in death by his parents; son, Douglas O’ Leary; brothers, Paul Bruce and Gerald; and sisters, Rosemarie and Betty.

Visitation: Tuesday, January 26th from 5 to 7 pm at the Weigel Funeral Home in Metamora

To order memorial trees or send flowers to the family in memory of James "Pat" O'Leary, please visit our flower store.