James Edward Slagle, age 78, of Swanton, Ohio, passed away peacefully, with his family at his bedside, Thursday afternoon, July 15, 2021, at Hospice of Northwest Ohio in Perrysburg. He was born October 14, 1942 in Toledo, Ohio to Maurice and Jeanette (Zimmerman) Slagle. Jim was a 1960 graduate of Macomber Vocational High School, specializing in automotive mechanics. He enlisted at age 17 in the United States Navy and served from July 22, 1960 - October 15, 1963 aboard the USS Chivo. Following honorable discharge, he entered into the Ohio State Highway Patrol Academy, graduating on August 5, 1966.

While serving as an Ohio State Highway Patrolman/Trooper, Unit #457, Jim wore many hats. He served as an instructor at the Ohio State Highway Patrol Academy in Columbus, was instrumental in securing the first Union contract, and served on the first Traffic Drug Interdiction Team receiving honorable awards from the Governor of Ohio. Some called him Batman. At one point he was promoted to Sergeant, but chose to go back to road patrol, interacting directly with the public, for his passion was to serve and protect.
Later he taught law enforcement at Owens Community College and was a substitute teacher at Penta Career Center. Jim was a life member of the Ohio Troopers Coalition, Swanton American Legion Post #479 and Swanton VFW Memorial Post #8598.

When not on the job patrolling Ohio roads, fighting drugs or teaching, Jim loved to sing in a Barber Shop Quartet, as well as play multiple instruments. He loved sprint car racing as well, traveling in his motor home to support his nephew, David - Jim and Rose were his #1 fans.

Jim will be remembered as a master storyteller and leader. His mentorship of at-risk youth students at Penta helped guide the trajectory of many young lives in a positive direction. He was a devoted husband, father, grandfather and friend. He will be greatly missed by the many who loved him so dearly.

Jim was preceded in death by his parents; sister-in-law, Sandra Lagger and brother-in-law, Albert Baumgartner.

Memorial contributions may be made to Swanton American Legion Post #479 - Relief Fund.

To plant memorial trees or send flowers to the family in memory of James Slagle, please visit our flower store.

Thinking of you, much of this Easter Sunday, 2022, and the many stories, Wisdom's (Slagle-isms), and experiences, we shared over the many (35ish) Year's. I finally mustered up the courage, to open this Very Well Done record of your life. - RIP Jim. I am Proud to have called each other, Brother.

A photo was added for James Edward Slagle 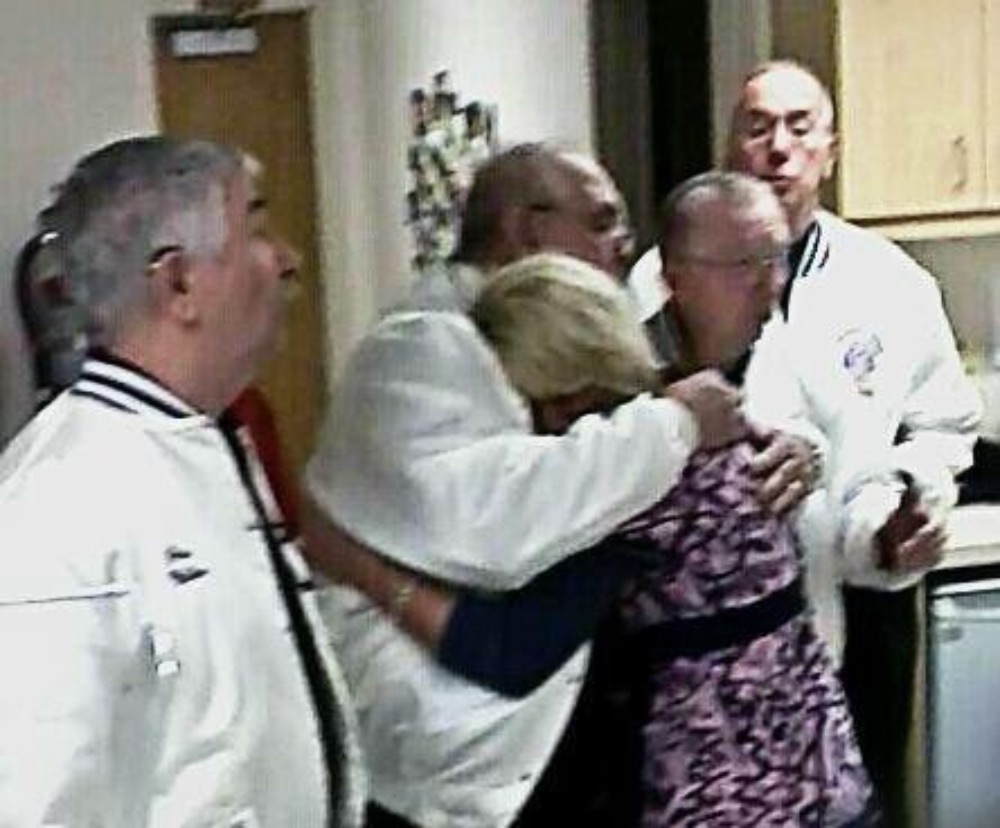 Went thru the Patrol Academy with Jim. He was a born energetic leader. Good person, treated others with respect. great example for young people.

I remember Jim Slagle when he was on state patrol as he stopped by our house in Delta Ohio, Jimmy and I were good friends in our high school days also as his '51 Plymouth was his pride and joy. I'll always remember Jimmy. May god guide you through heaven. He was a good guy to have for a brother.
Your friends, Jerry and Jean Perkins

Sorry to see the passing of Jim, He was a wonderful person, and fun to watch sing. Thoughts are with the entire family.

Jim and I worked together at Post 21. We had many adventures on and off the job. Thank you for your service to the citizens of Ohio. RIP my friend. My condolences to the family.