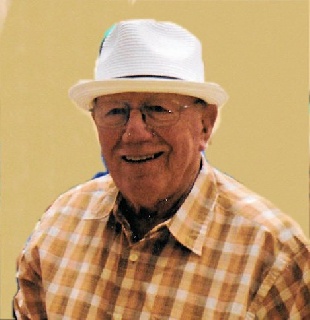 James V. Willson, age 92, a life-long dedicated farmer of Delta, Ohio, passed peacefully with his family at his bedside, Thursday evening, May 19, 2016, at Hospice of Northwest Ohio in Perrysburg. He was born July 15, 1923 in Delta to Shirley V. and Emma (Habel) Willson. James was a 1942 graduate of Fulton High School, and on March 6, 1943 he married Patricia M. Schmitz. She preceded him in death on February 27, 2008.

Besides his wife of 64 years, Patricia, James was preceded in death by his parents; son, Michael Willson; and granddaughters, Dannielle Marie Clausen and Tiffany Willson; son-in-law, Terry Willeman; and sisters, Virginia Bickford and Joann Plassman.

Visitation: Wednesday, May 25th from 2 to 8 pm at the Weigel Funeral Home in Swanton

Mass of Resurrection: Thursday, May 26th at 11:00 am at Holy Trinity Catholic Church in Assumption

To order memorial trees or send flowers to the family in memory of James V. Willson, please visit our flower store.