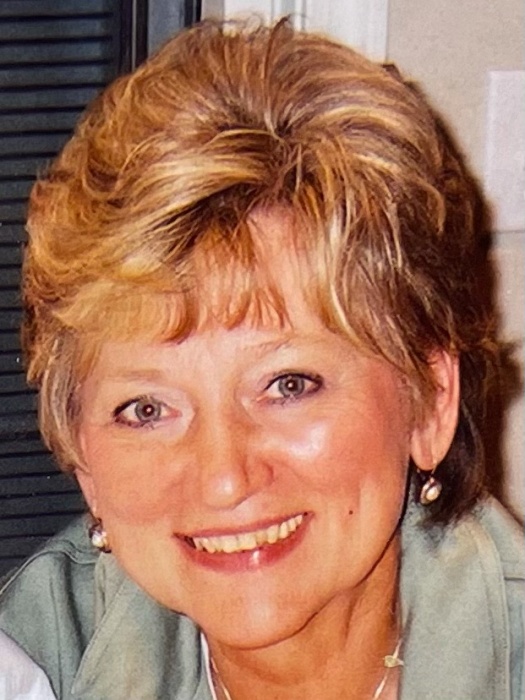 Throughout their 61 years together, Janet often worked alongside Ron at Beroske Brothers Greenhouses. As empty nesters, they traveled the USA from Arizona to Alaska marveling at God’s great handiwork, labored alongside special friends on building projects at Native American Reservations, faithfully attended Delta Assembly of God, and lovingly cared for each other until Ron’s death on March 8, 2017.

Janet was very talented artistically and was an amazing cake decorator.  She was also a woman of deep faith with a kind and loving heart who never met a stranger. During her 10-year stint owning a Christian bookstore, she touched many lives with her endless smile, ready embrace, and frequent dancing, singing and praying.

Throughout her life, Janet was a generous, devoted and loving friend, mother, and grandmother. Her children, their spouses, 14 grandchildren: Amy Hallett, Anna Hallett (Crom Carey), Alyse (Jason) Brown and Adrienne (Preston) Lantz; David Hopkins†, Marie Hopkins and Laura (Matthew) Doyaga; Adam Beroske and Kyle Beroske; Haley Beroske (Jacob Crooks) and Hannah Beroske; Lucas Beroske (Marianna Evangelopoulou), Emma Beroske and Evan Beroske-Seyvet; and 5 great-grandchildren: Aariyah and Amya Hallett; Oliver, Marcus and Kingsley Brown; were blessed by her joyful spirit and optimistic outlook.  They could always count on Gramma giving them a big hug and kiss whenever they visited.  Janet is also survived by sister-in-law, Nancy Beroske, as well as several nieces, nephews and cousins and a countless number of friends.

Her family and friends miss her dearly, but we treasure the happy memories and find peace in knowing that she leaves behind a bit of herself in each of us.

Visitation and services at Weigel Funeral Home in Swanton will be private for the family.  Burial will follow at Dutch Ridge Cemetery.  A Celebration of her Life will be held later in the year.

The family is very grateful for the loving care Janet received at Swanton Valley Care Center.

To order memorial trees or send flowers to the family in memory of Janet M. Beroske, please visit our flower store.