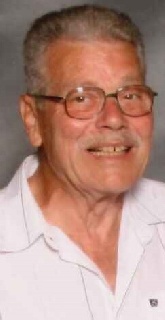 Graveside Services: Saturday, April 1st at 11:00 am at the Lyons Cemetery

Jerry attended barber school in Columbus, Ohio, and owned Jerry's Barber Shop from 1966-2006. He was also co-owner of Village Mart in Lyons for several years. He was the mayor of Lyons from 1988-2003, past Commander and life member of Lyons VFW Post #7574, and was also a member of the Morenci American Legion, Adrian AmVets, Adrian Moose and the Morenci Eagles.

Jerry was preceded in death by his parents; and brothers, Wade and Duane Pifer.

Memorial contributions may be made to the Lyons Royalton Volunteer Fire Dept., P.O. Box 185, Lyons, OH 43533.

To order memorial trees or send flowers to the family in memory of Jerry E. Pifer, please visit our flower store.