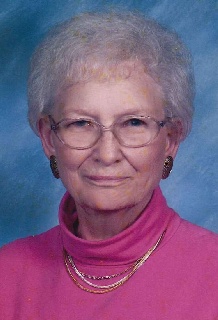 Joan was a member of Trinity United Methodist Church, an avid reader, crossword extraordinaire, accomplished bunco player and puzzle enthusiast. She loved flowers, pulling dandelions, murder mysteries and romance novels. Joan was born during the depression and raised four wonderful children on the family farm in Swanton while working at Cable & Wire, followed by Modine Manufacturing and later, Brooks retail store. Keeping up with her husband, Paul, was no easy task, and Joan did so with grace. Joan filled her life with family and taking care of others. She was very active in the lives of her grandchildren, and was always ready for impromptu sleepovers and competitive card games.

Besides her husband, Paul, Joan was preceded in death by her parents; daughter, Carolyn Frank; granddaughter, Gail Keough; and brothers, Richard and Don Harmon.

To order memorial trees or send flowers to the family in memory of Joan Marie Keough, please visit our flower store.